Have you ever wondered what it would be like to be an Olympic athlete? To feel the adrenalin rush as the starter’s gun goes off and you take that leap of faith…  If you visit the Olympic ski jump at Garmisch-Partenkirchen in the Bavarian Alps you can have a taste of the Olympic experience without all the hard work that goes before.

The original ski jump was built for the 1936 Winter Olympic Games. It was replaced in 2007 by an even larger one which dominates the area around Mt Gudiberg. The starting tower rises 100 metres above the ground and the start gate at the very top of the inrun can’t be seen from ground level. 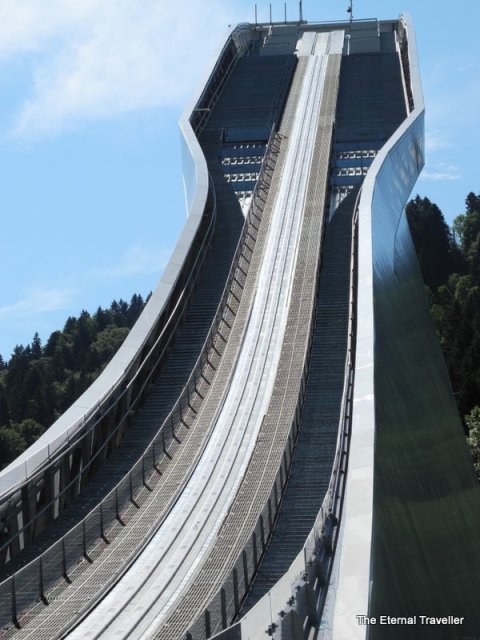 Visitors are able to climb up to the take-off section of the jump and there are two ways to get there. A narrow track winds its way up the steep slope and ends under the structure at the entrance to the building. And an even narrower staircase – 332 steps, known as Jacob’s ladder, climbs up the side of the track. It’s precarious and quite hair-raising, especially as it reaches the top where there is no handrail.

From the take-off the view of Garmisch-Partenkirchen and the Bavarian Alps behind is breathtaking. 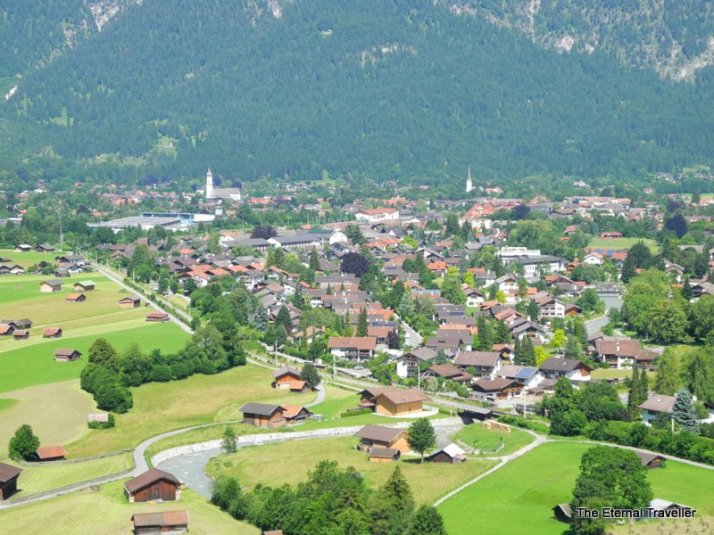 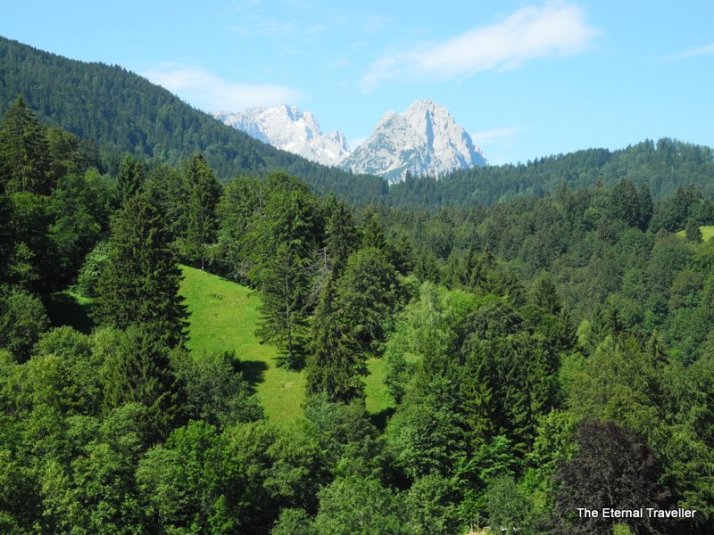 The view down the track is also breathtaking – for a different reason. The landing zone isn’t even visible from where a jumper leaves the track and launches himself through the air.

If I didn’t know it before, that view was enough to make me realise that ski jumping would not be my sport of choice. I was happy to settle for a close up encounter with the Olympic Rings – enough glory for one day! 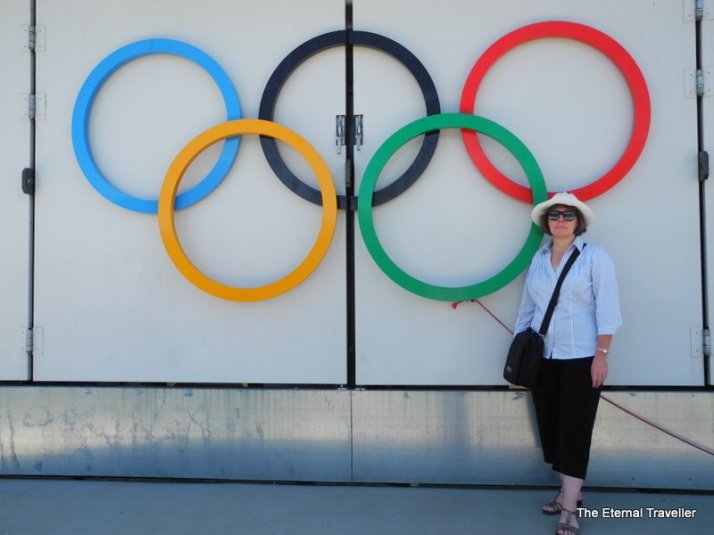 3 thoughts on “Dreams of Glory”