Beer – Belgians have been brewing and drinking it since the Crusaders set off in the 11th century. Today there are more than 180 breweries making over 1000 types of beer in Belgium. It’s more than just a refreshing beverage though. Beer is everywhere!

See this beer chandelier hanging in the Duvelorium Grand Beer Café in Bruges. 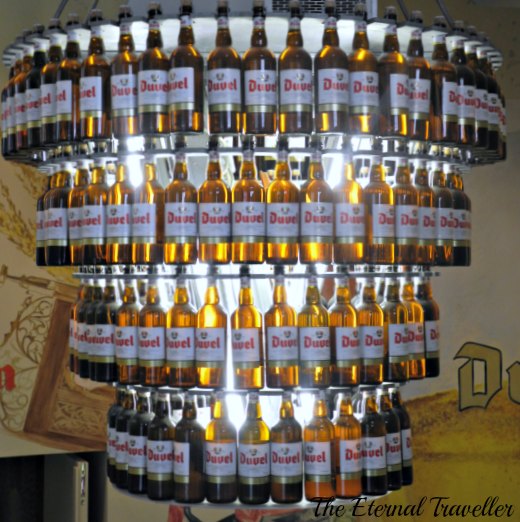 Read books about beer varieties and the glasses made specially for them.

Then make an educated selection from the Beer Wall on your way to the 2be Bar. 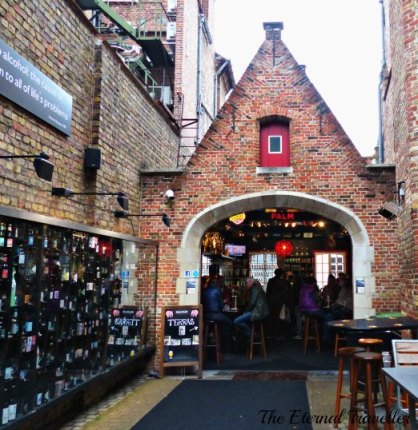 Ride a beer scooter from one brew house to the next.

And just in case you drank too much beer and can’t remember much, take home a beer themed souvenir!