From where we are standing at the end of the jetty, the Indian Ocean is like a sheet of silvered glass, stretching away until it meets the sky, a tinted version of itself. There are seabirds taking full advantage of the winter sunshine while only metres away in the water a mother dolphin frolics with her youngster.

We are almost 2 kilometres out to sea – at the end of the longest timber-piled jetty in the southern hemisphere. Busselton Jetty has extended out into Geographe Bay for nearly 150 years; it was built 33 years after this area of south-west Western Australia was settled. With increasing demands from whaling and timber industries in the Busselton area and the shallowness of the bay, additions were made to the jetty several times until it reached its final length of 1.841 kilometres in 1960.

The little town of Busselton is only 220 kilometres south of Perth and it’s a favourite destination for summer holidays. When the jetty’s working life ceased in 1972 it was developed as a tourist attraction. Today over 400 000 visitors come every year to Busselton to see the jetty and its Underwater Observatory.  The artificial reef that has formed on the pylons is home to more than 300 marine species, and inside the observatory there are eleven viewing windows going down to a depth of 8 metres. In summer seats on the little red train which trundles out and back every hour are often booked up well in advance.

In winter, it’s a different story. The tourists are fewer, the beach is quiet and the soft light is perfect for photographers. It’s easy to get a seat on the train for the 25 minute ride out to the end of the jetty, and when all of our travelling companions take advantage of their return tickets we have the jetty to ourselves.

Unfortunately for us the observatory isn’t open on the day we visit because visibility is down to less than a metre. Sue Mountford, the jetty’s marketing officer, explains that they’d rather not open than have visitors buy a ticket and be disappointed. There’s a screen in the shop showing live coverage of the view 8 metres down and we can see for ourselves that recent storms and high winds have stirred up the ocean.

Sue says: “We want to encourage people to visit in winter because there’s more to see at the jetty than just the Observatory” and she’s right. We have no trouble spending several hours here. We take our time walking back to the shore and along the way we see another family of dolphins, seagulls nesting on the worn timbers and more seabirds basking in the sunshine. Occasionally a motorboat chugs by and there are fishermen young and old trying their luck in the calm waters of the bay. 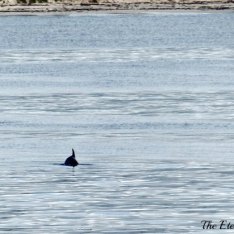 Along one section of the jetty’s railing plaques are dedicated to those whose ashes have been cast over the waters here, some of whom were workers on the jetty in its heyday. Their love for this place is evident in the inscriptions, which are fascinating to read. Inside the Interpretive Centre is a Cultural Heritage Museum. There are displays about the geology and geography of the bay, historic photographs of the jetty and stories of the Indigenous inhabitants and the first European settlers.

There’s a tangible sense of community at the jetty. Many of the staff are volunteers keen to share their passion for the jetty and its history. Dick has been a Jetty Host since the jetty first opened to tourists. While his duties include answering questions, guiding people onto the train and making sure everyone is safe, he goes further than that. He’s not just a mine of information about the jetty but also about Busselton. “I can tell you where to get the best fish and chips in town. And did you know that there are more wineries in Busselton shire than in Margaret River?” he says proudly.

Even while he’s talking to us, Dick watches out for people needing help. He darts off to meet and greet before returning to continue our conversation. Over the years he’s met thousands of people who have come to Busselton to see the jetty. He smiles as he recalls his most memorable encounters: a family from Iceland and a man whose father worked at the White House. 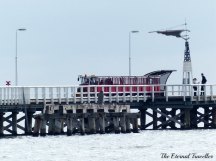 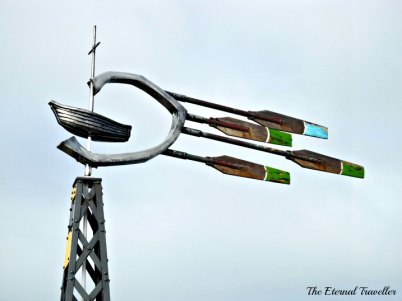 The temperature might be chilly and the sunshine is pale but we agree with Dick, the dolphins and the birds. It’s well worth spending some time at Busselton Jetty – even on a quiet winter’s day. 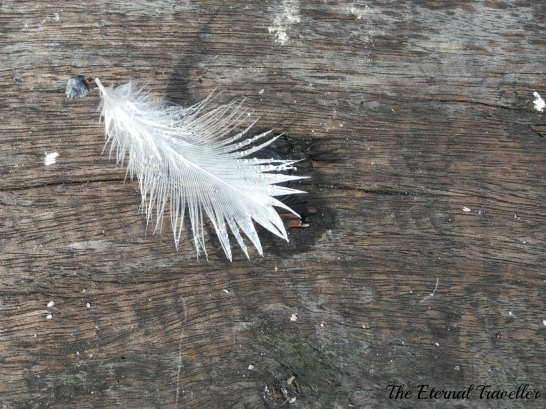 *Our visit was hosted by Busselton Jetty and we would like to thank the staff for welcoming us.

* Busselton Jetty is open seven days. The Underwater Observatory and Jetty Train operate weather permitting. You can walk on the jetty for $3 or take the train for $12. A ticket which covers all entries costs $29.50 for adults and $14 for children. Family passes cost $75. All profits go towards the maintenance and improvement of the jetty.

20 thoughts on “Walking on Water”