Our holiday in Western Australia would not have been complete without travelling to the small town of Hyden, almost 300 km east of Perth. It wasn’t Hyden we went to see though, but the famous rock formation known as Wave Rock. It’s one of those iconic natural features of Western Australia that everybody knows about and, to our surprise, we found that there was much more to the rock than we’d heard. 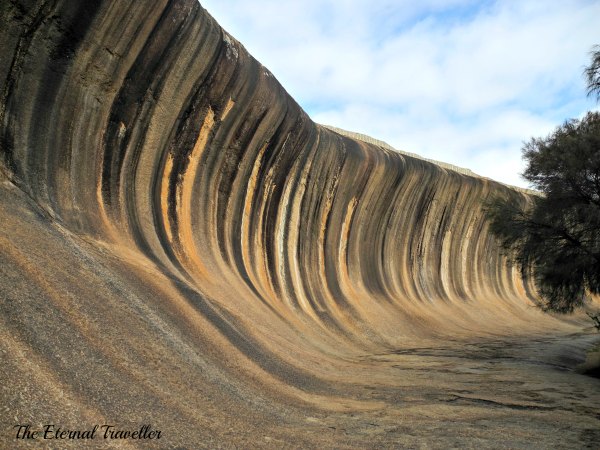 Wave Rock is one wall of the much larger Hyden Rock, a granite hill more than 2.60 billion years old. It was formed over millions of years through a process of weathering and erosion of the granite bedrock. Until the 1960s, this spectacular rock wall did not even have a name and was known only to the local residents. A photograph of the rock formation taken by James Hodges, a retired school principal and keen amateur photographer, was featured at New York’s World Fair in 1964 and then published in National Geographic Magazine. As a result, visitors began flocking to the area and Wave Rock was named.

We were two of the 140,000 visitors who now come to see Wave Rock every year. The wave itself, which is 14 metres high and 110 metres long, is only one small part of Hyden Rock. Most of the granite wall is still buried under the earth’s surface and the wave is at the beginning of a remarkable walk over this massive rock formation. From the far end of the wave a walking trail ascends the steep slope to the top. There are signs at the start of the track warning visitors to take care – with our walking boots on we were well-prepared for the climb up the hill.

Halfway up is a deep valley filled with rain water collected by a stone wall which runs along the edge of the rock. The cleverly designed wall, built in 1928, captures run-off from the surface of the rock and feeds it into the reservoir. This provides the local area with a much-needed reliable water supply. 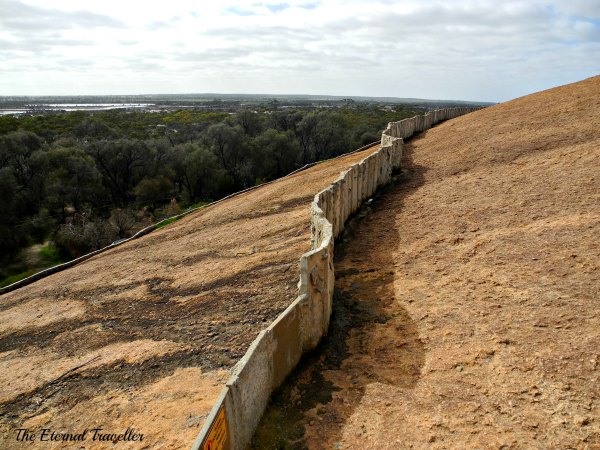 Continuing upwards we came to the top of the rock and it was then we could see how vast it really was. 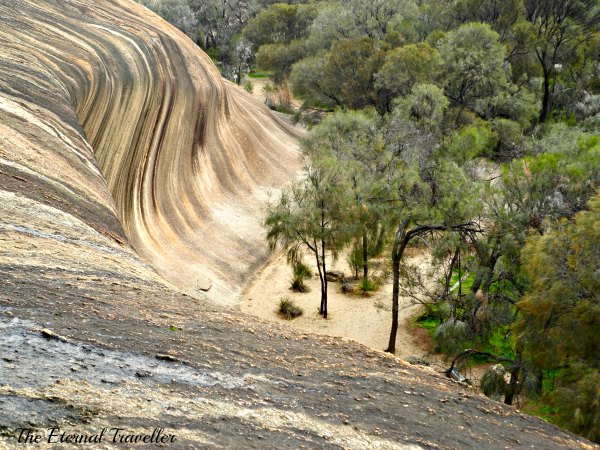 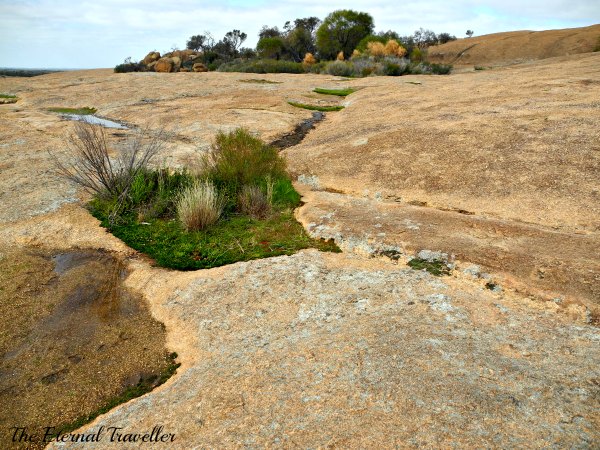 The rock covers an area of 65 hectares and the view of the expanse of red granite dotted with pockets of lush vegetation and beyond to the surrounding plains, the gypsum-blue of Lake Magic and the glaring white saltpans was spectacular.

The hollows of greenery scattered across the surface of the rock are known as gnammas, an Aboriginal word meaning ‘rock hole’. Water gathers in these basins and where there is soil, plant and animal life flourish, creating shallow ponds and miniature forests, all full of life. We saw countless tadpoles, shrimps and water-living insects darting between these tiny plants.

Further along the track we came to more massive rock formations. These rocks are tafoni, formed when the insides erode through salt crystallisation combined with wind and water. This process creates giant hollows and sculptured boulders, some split almost in two and others balancing precariously on the granite.

One tafone was large enough to stand up inside – I was hoping it didn’t choose that moment to lose its balance and topple over!

There are two ways to descend from the top of Hyden Rock. Instead of slipping and sliding straight down the almost vertical slope we chose to follow the stone wall back to the dam and returned to the ground via the steps.

Once on the ground, we followed the walking track around the base of Hyden Rock to another massive tafone. The Hippo’s Yawn looks ready to swallow unwary visitors with one mighty gulp.

We continued on the track, through a stand of she-oaks gently whispering to each other in the breeze, to the flat, arid plains that surround Hyden Rock. Once this was rich farming land but overuse of the land and the water supply caused salinity which in turn killed off the vegetation, creating a scene of total devastation. A restoration project is working to return parts of the area to their original state; a process which will take many years. 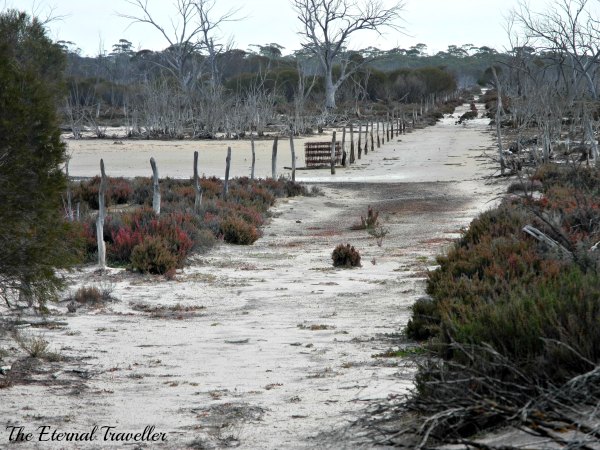 The meandering track through this barren landscape eventually took us past the Royal Flying Doctor base and back to the visitor centre and car park where our day had begun. 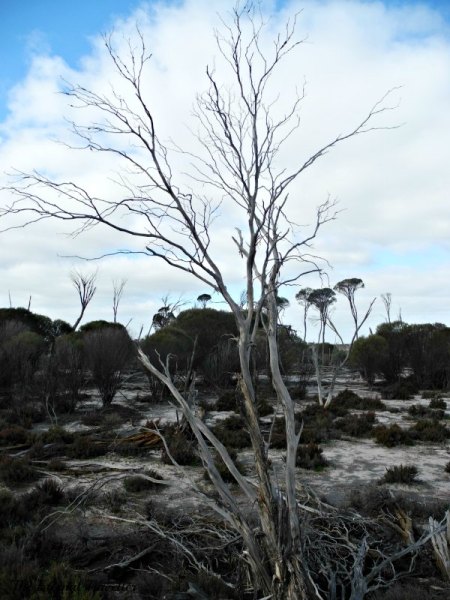 Little did we know when we had our first glimpse of Hyden Rock that we would see so much more than the spectacle that is Wave Rock.