The small town of Kuranda, perched on top of the McAlister Range west of Cairns, has long been known as a popular tourist destination. Its cool mountain temperatures and location in the midst of World Heritage tropical rainforest have been a drawcard for visitors since the 1890s. From Cairns it takes only 35 minutes to drive up the range to Kuranda, but there are other more leisurely ways to get there.

The railway between Cairns and Kuranda was completed in 1891, and within a few days the first tourist train was running. Today the Kuranda Scenic Railway carries hundreds of people up the mountain, stopping at Freshwater Station before beginning its ascent of the range and passing through the Barron Gorge National Park.

Before reaching the top of the range, the train goes through 15 hand-built tunnels and over 37 bridges. Heritage wooden carriages from the early 1900s are pulled by a 1720 class locomotive. Traditional paintings on the locomotive depict the dreamtime legend of Buda Dji the Carpet Snake, who carved out the gorge as he travelled through. 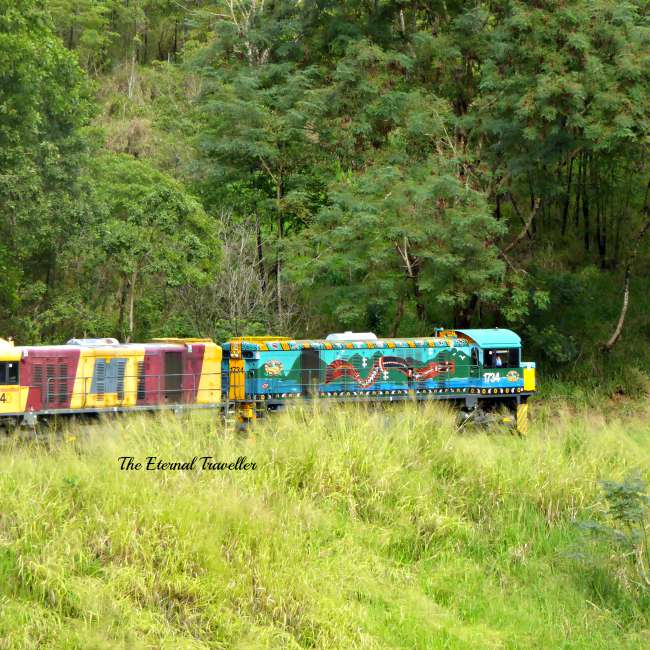 There are several points of interest on the Scenic Railway’s route. After passing through tunnel 14 the train slows down; a clearing in the forest reveals an expansive view of the Coral Sea and the city of Cairns. The iron lattice bridge crossing Stoney Creek Falls stands high above the ground on three trestle piers. Further along is Barron Falls Station. There’s a 10 minute stop so passengers can see where the Barron River plunges 265 metres into the Barron Gorge. The two hour journey comes to an end at the heritage listed Kuranda Railway Station, surrounded by lush tropical gardens. 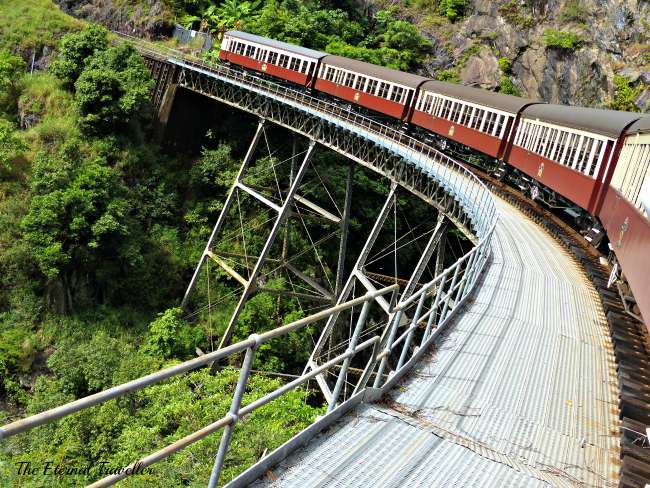 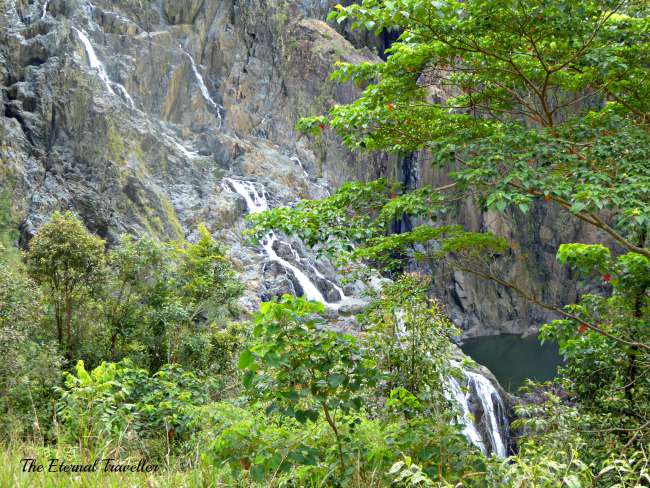 A modern alternative to the Scenic Railway is the Skyrail, a scenic cable car ride completed in 1995.  The cableway goes for 7.5 kilometres over the Barron River, through the gorge and across the canopy of the rainforest and is supported by 33 towers up to 40 metres above the ground. With two stations to visit, the journey can take up to 2 hours. At Red Peak Station, Park Rangers conduct guided tours on a boardwalk through the rainforest while at Barron Gorge Station walking tracks lead to three lookouts with more views of Barron Falls from the opposite side of the gorge. 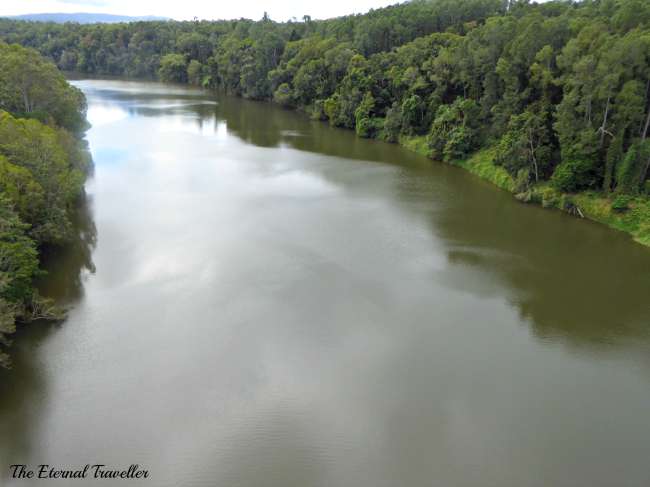 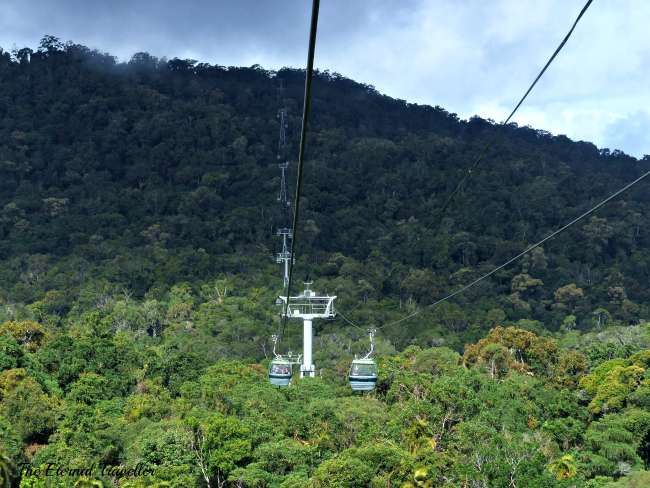 From Kuranda Railway Station and the Skyrail Terminal it’s an easy ten minute walk to the main street of Kuranda. With two great choices of transport, most people go up to Kuranda one way and back the other and a ticket can be purchased which covers both journeys. Make sure to allow a full day because, as those first tourists found in 1891, there’s plenty to see along the way.

19 thoughts on “Ride or Fly ~ Which Would You Choose?”