Around 300 000 years ago, a 50 000 tonne meteorite slammed into the Earth in the region now known as the East Kimberleys in Western Australia. The impact created a crater 875 metres across and 60 metres deep, the second largest in the world.  The crater, known as Wolfe Creek Crater, was almost unknown until it was the setting for the 2005 horror film Wolf Creek. Now it’s one of the most popular places to visit in the Kimberleys and we, like many others, planned to go there.

The crater is located in a national park and the only way to get there is to drive – 130 km along the Tanami Road: unsealed, corrugated, dry and dusty. The 171 km drive from Halls Creek, the nearest town, usually takes from two to three hours depending on the state of the road, so we stayed overnight and were up early. Strong winds and a maximum temperature of 40 degrees Celsius were predicted but at 7 am the air was still and fresh. 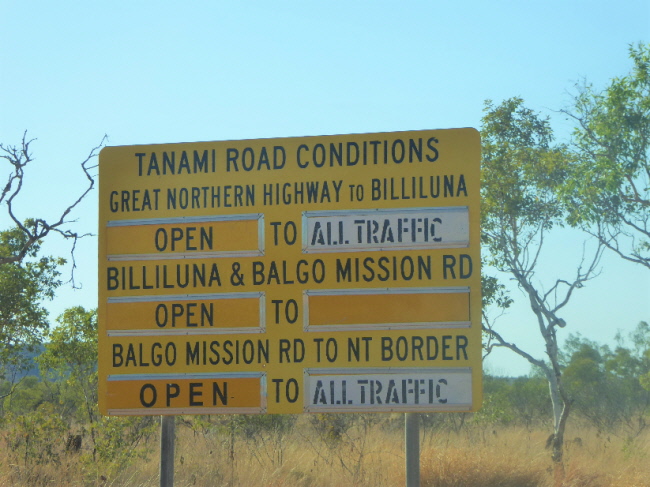 As we headed down the highway, a bushfire report came on the car radio. There were three serious, out of control fires in Western Australia; near Broome, near Wyndham and on the Tanami Road. The reporter said the Tanami fire had crossed the road and was heading south and it wasn’t long before we could see smoke up ahead. With the wind starting to pick up and knowing how unpredictable fires can be, we turned around after 26 km and headed back to Halls Creek to find out what the situation was.

We asked at the caravan park office, the Tourist Information Office and even the Police Station but it seemed we knew more about the fire than the locals. There were no updates and we couldn’t find any information on the internet, so we decided to head out again in the hope that the fire had moved on. On our second attempt we made it to the 50 km mark. We saw vast blackened areas, with tree trunks still smouldering. 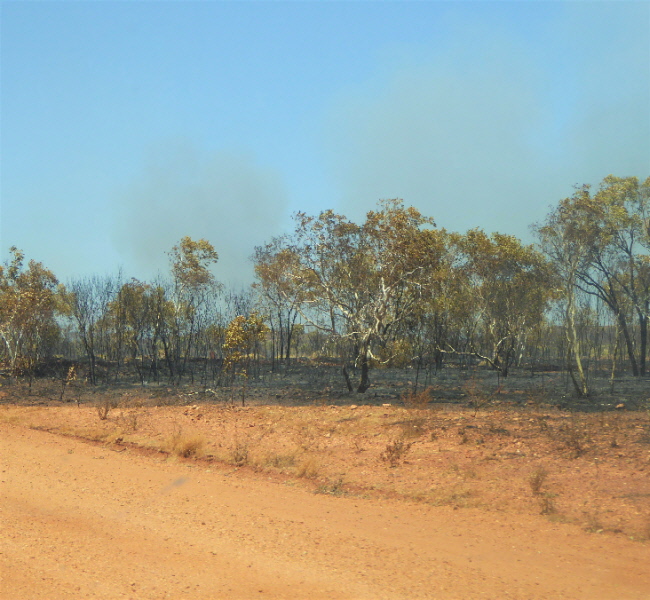 Up ahead we could see the flames, now forced on by the howling wind so fast the grass beneath was left almost unscathed. 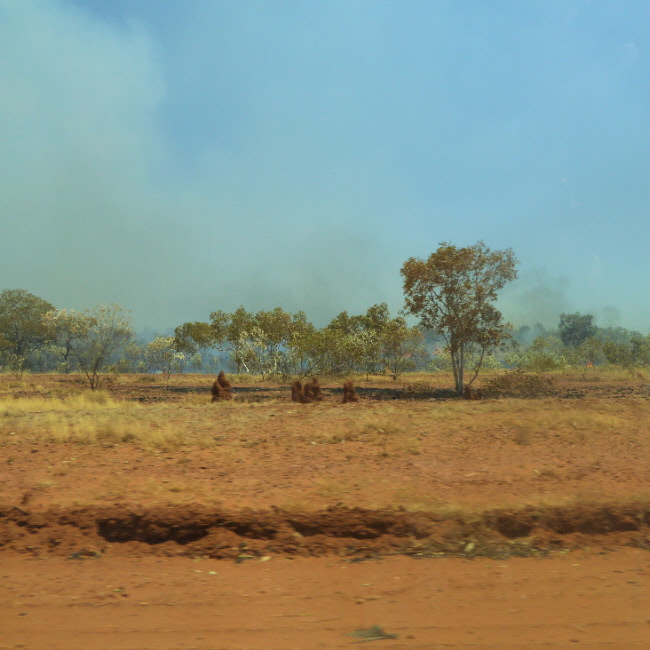 As thick black smoke combined with dust whipped by the strengthening winds reduced our visibility to almost nothing, we knew it was time to turn back. This was the view from inside our car.

We really wanted to see Wolfe Creek Crater, but we didn’t want to die trying!

Fire condition warnings were upgraded to catastrophic later in the day. The Tanami Road was closed, as was The Great Northern Highway from Halls Creek to Fitzroy Crossing. If we had persevered, we wouldn’t have been able to get back to Halls Creek and would have been stranded in the Tanami Desert. Instead, we spent the day holed up in the caravan, door and windows closed against the dust storm. Not quite the day we had planned! The Tanami Road was still closed the following morning as we headed east towards Fitzroy Crossing.