When Elaine commented on my Longest Trains in the World post about the size of everything in Australia, I made it my mission to find as many big things as I could on the rest of our road trip. Australia is well known for its “big things”, both natural and man made, and the drive east from Streaky Bay to Port Augusta revealed a surprising number of over-sized objects.

Not far from Streaky Bay is an outcrop of large granite boulders at least 1 500 million years old, which have been exposed in their current form for around 100 000 years. 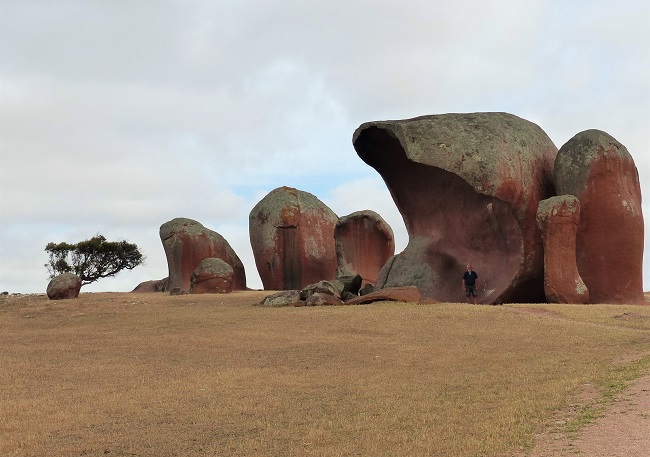 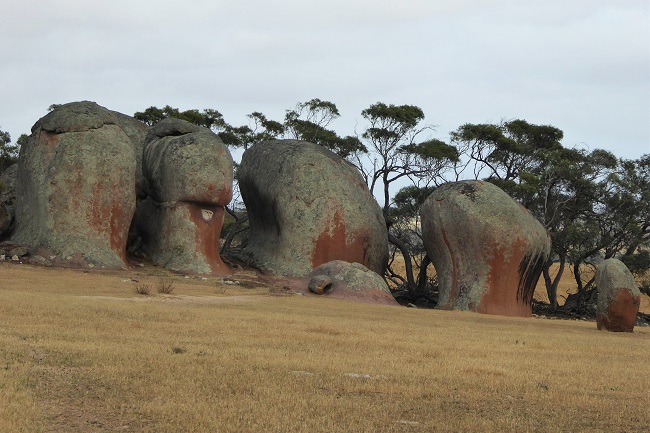 Known as Murphy’s Haystacks, their name came about after an agricultural expert saw the rocks on Murphy’s farm from a distance and mistook them for haystacks.

There are more granite outcrops at Wudinna. Mount Wudinna is the second largest monolith in Australia; only Uluru in the Northern Territory is larger. It rises out of the wheat fields like a sentinel.

A walking track through the bush leads to the base of the rock and from there signposts mark the easiest way to the top.

It’s not just the rock that is large; the 360 degree view from the top of the mountain is expansive. Turtle Rock, another granite outcrop, can be seen nearby.

The swarms of flies at Mount Wudinna are large too. We spent most of our time waving them away and trying not to swallow them. 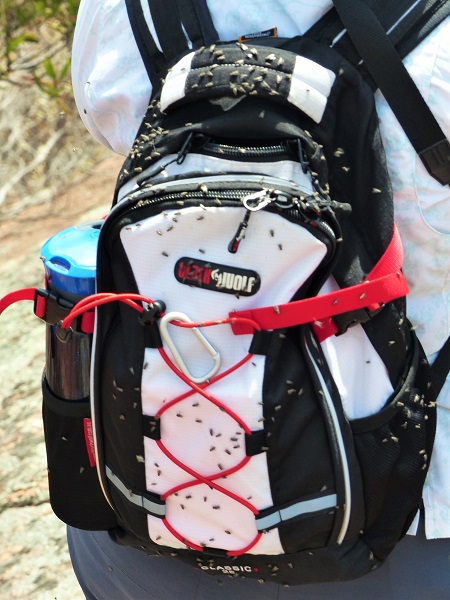 The town of Kimba may be tiny but it is renowned for two big things. It is geographically located halfway across the continent as the crow flies and it is the home of The Big Galah.

The last stop on this part of the drive commemorates a big journey – the circumnavigation of Australia by Matthew Flinders between 1801 and 1803. On 11 March 1802, Flinders and his crew sailed into Spencer Gulf in their ship Investigator. They landed close to where the city of Port Augusta is now located and climbed up these red cliffs. Matthew Flinders was the first person to use the name “Australia” for this vast continent. What would he think of the Big Galah?