Imagine the thrill of finding an iron nail or a remnant of pottery lost or discarded long ago, or even a hidden stash of ancient coins. Wouldn’t it be exciting? 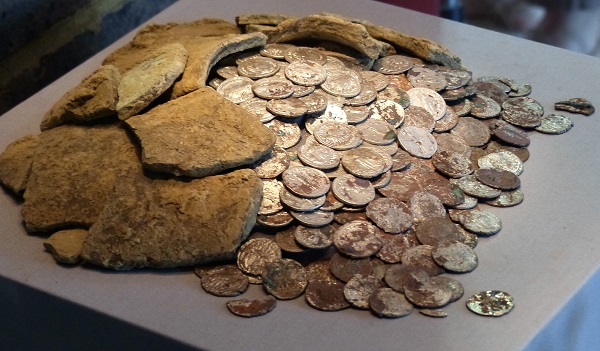 So how would it feel to unearth a whole Roman palace?

That’s what some workers in West Sussex did in 1960 while digging trenches for a water main in a field in the village of Fishbourne. The accidental discovery of a tiled floor led to the excavation of a Roman Palace with a floor plan larger than Buckingham Palace, complete with hypocausts, bathhouses and beautiful mosaic floors. 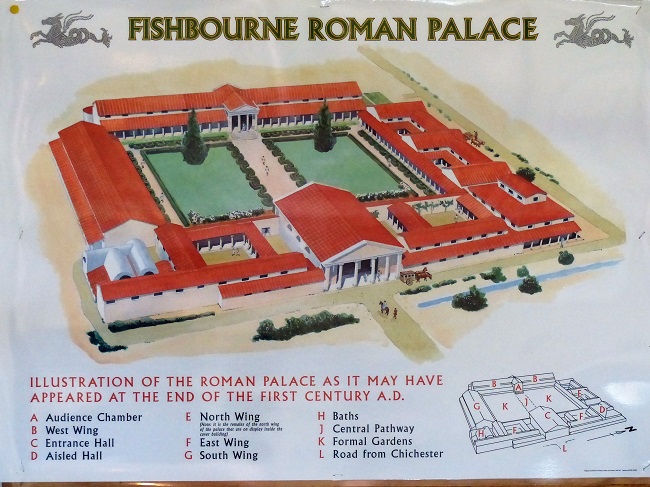 There are a few historic figures who might have lived here but the most popular theory is that the palace was the home of Tiberius Claudius Cogidubnus, a local chieftain who became King of the surrounding area. Several buildings have existed on the site, all dating from the first century AD. The palace was in continual use until 270 AD when much of it was destroyed by fire and forgotten until its re-emergence in 1960.

Today the site is managed by the Sussex Archaeological Society. The remains of the north wing of the palace are protected by a large building which also houses a discovery centre. The history of the palace, artifacts found on site and recreations showing how the rooms may have looked give an insight into the building and its occupants. 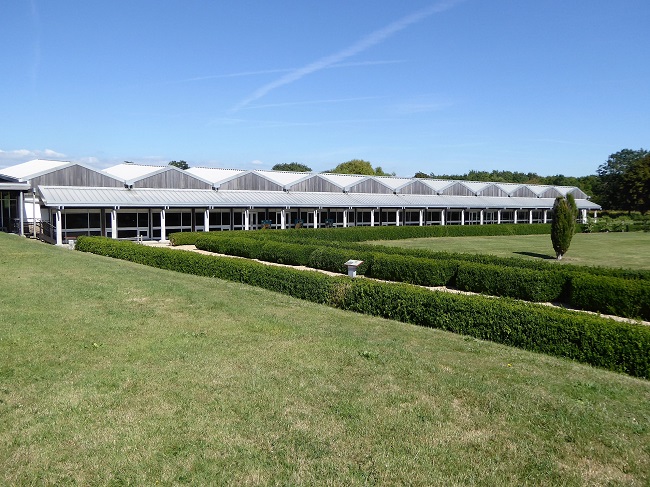 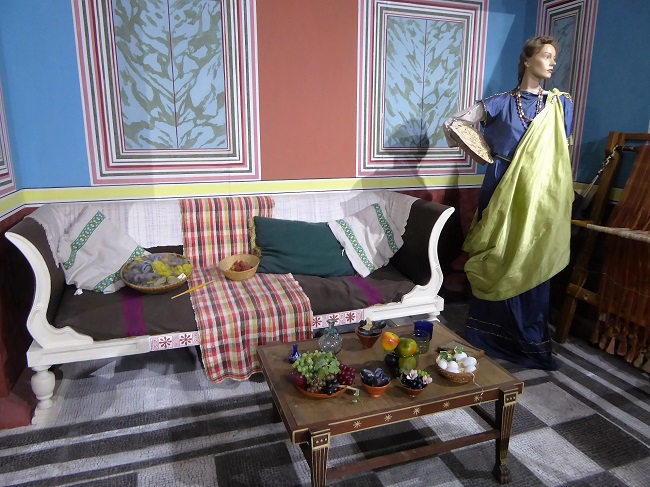 Raised boardwalks over the excavations allow visitors to view the mosaic floors up close. 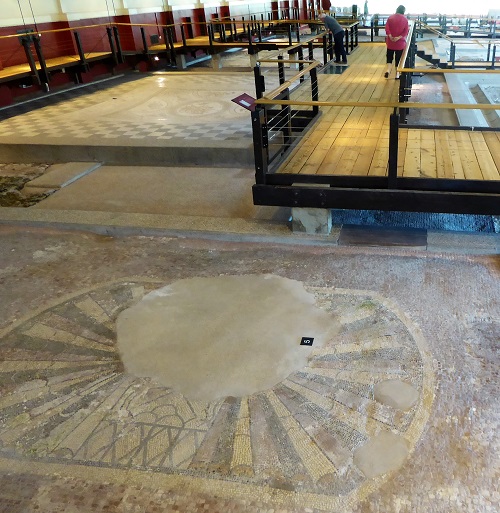 Some of the intricately patterned floors are in situ, while others were moved from their original sites and painstakingly reassembled in the museum where they are protected from the elements. 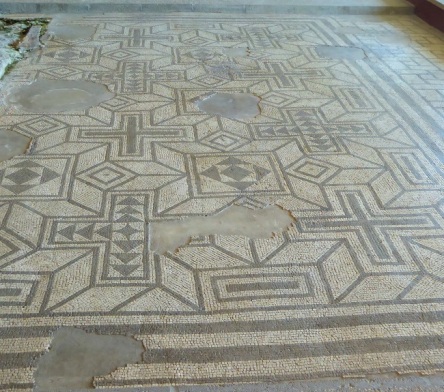 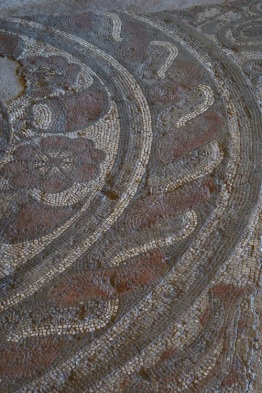 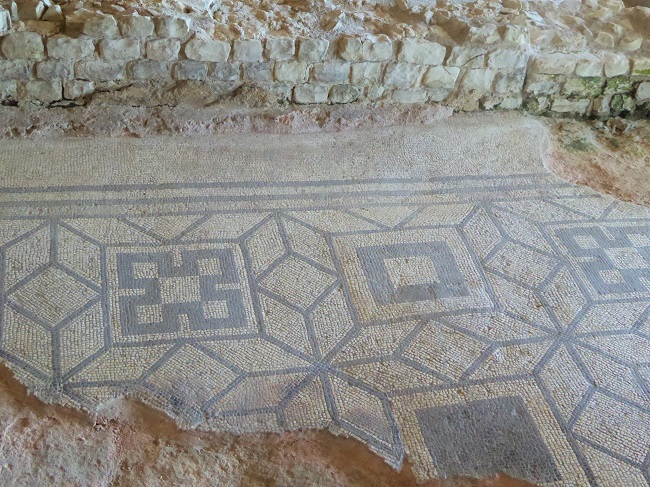 The most spectacular mosaic depicts Cupid riding on a dolphin, surrounded by frolicking seahorses. Laid in the second century AD by highly skilled craftsmen, the floor once decorated a large dining room which looked out over a formal garden. 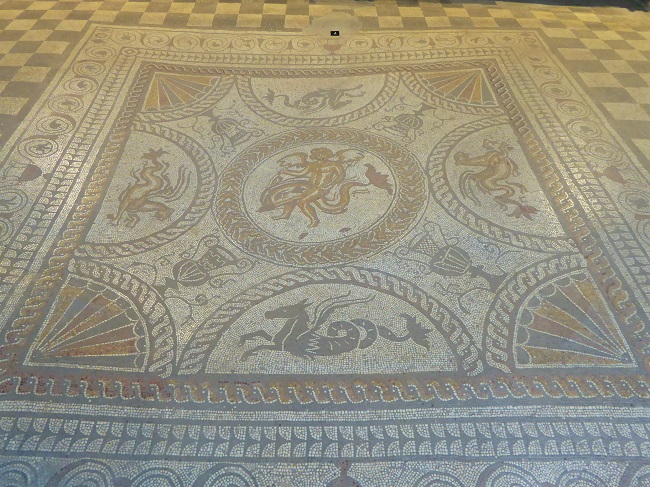 A replica Roman garden just like the one dinner guests would have admired surrounds the museum today, complete with water features, shaded walkways and beds filled with edible plants. If the weather was fine, those same diners might have enjoyed their meal outdoors, reclining on the sloping benches of the triclinium. 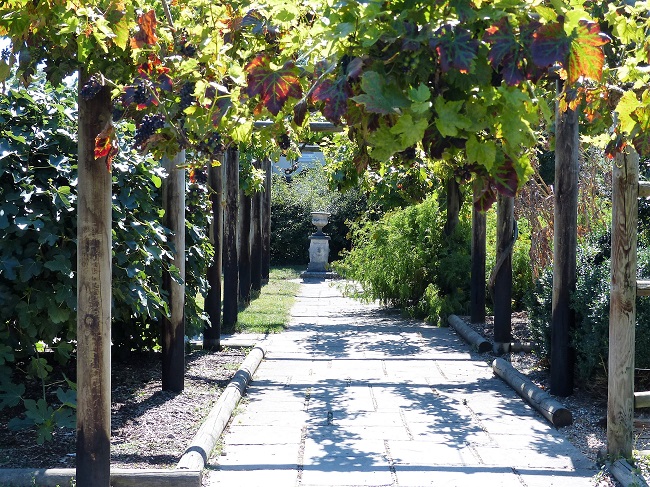 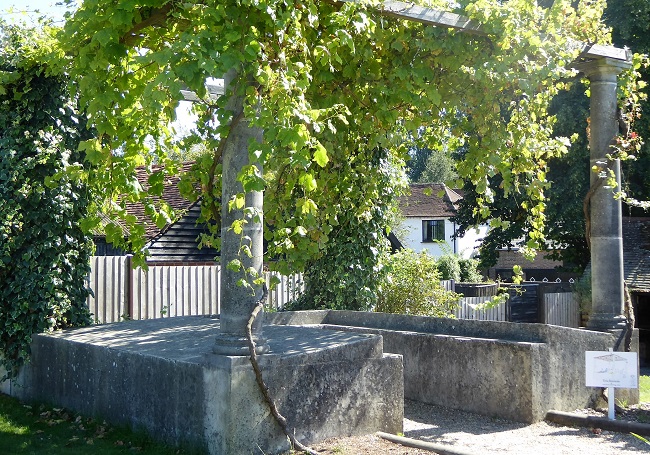 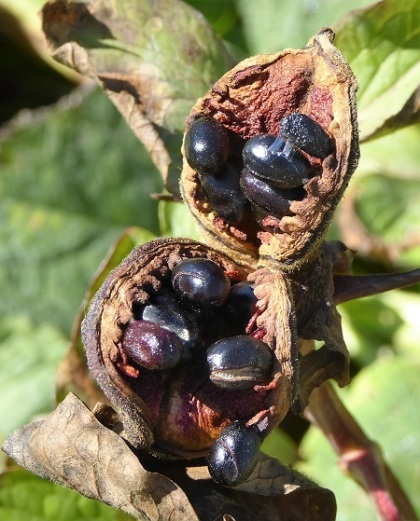 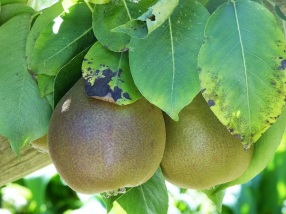 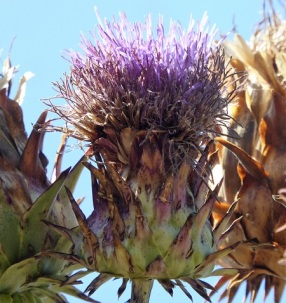 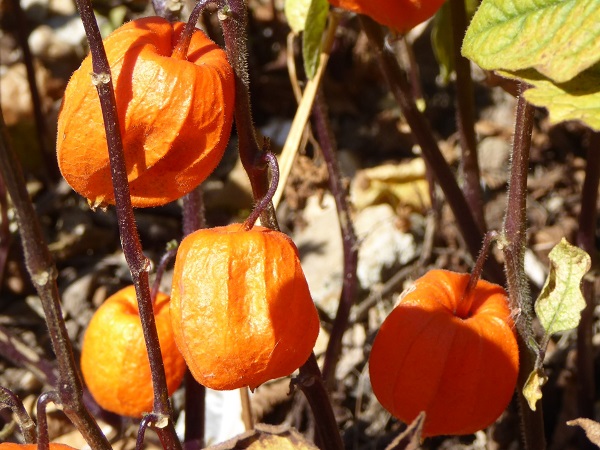 Romans weren’t the only people to occupy this site. This medieval burial is one of four found during excavations. Archaeologists know they are post Roman because the graves were cut through the rubble of the earlier buildings. 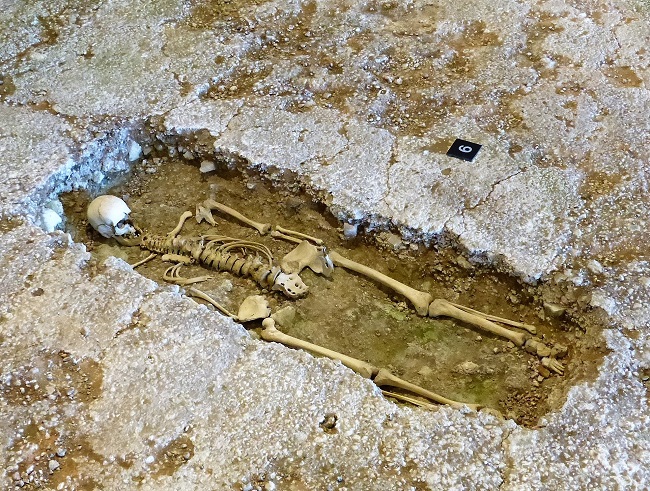 Much more than skeletons have been found in the soil that covered the remains of the palace.  At daily talks and demonstrations visitors have the opportunity to handle some of the thousands of items in the museum’s collection. I may not have personally unearthed this ancient piece, but holding a 2000 year old scrap of pottery in my hand was just as exciting! 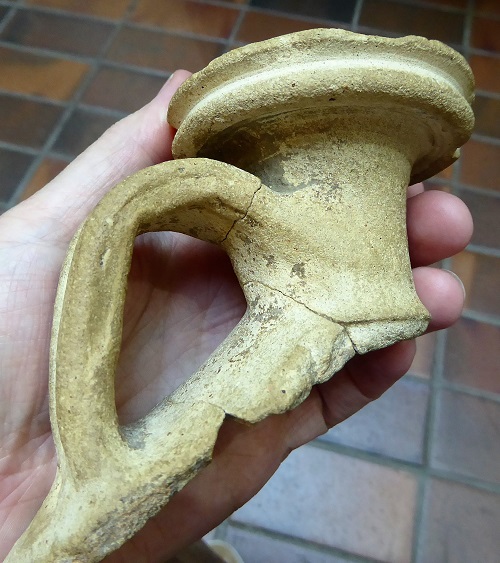 31 thoughts on “Where Romans Walked”