The best way to enjoy the dramatic scenery of the Jurassic Coast is by walking, and there are hundreds of kilometres of paths and trails you can take. 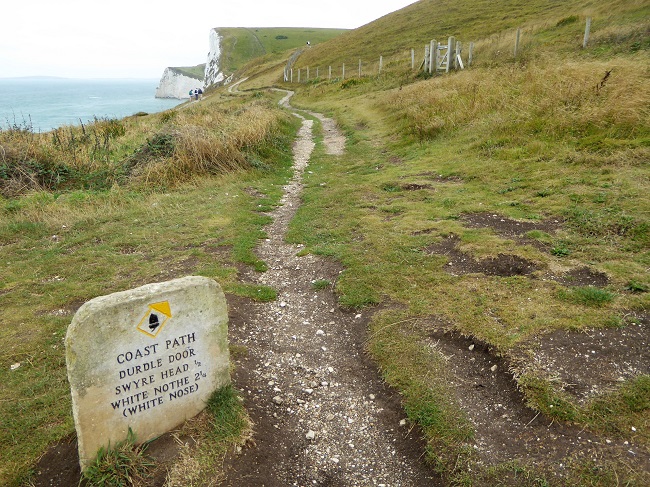 Some climb over high limestone cliffs,

while others lead to small isolated beaches.

One thing is certain – whichever path you decide to take, you need to think carefully about your choice of footwear.

At Lulworth, there are several walking tracks suitable for those looking for spectacular photographic opportunities. The path to Durdle Door starts off easily, although the wind blowing off the English Channel is icy. 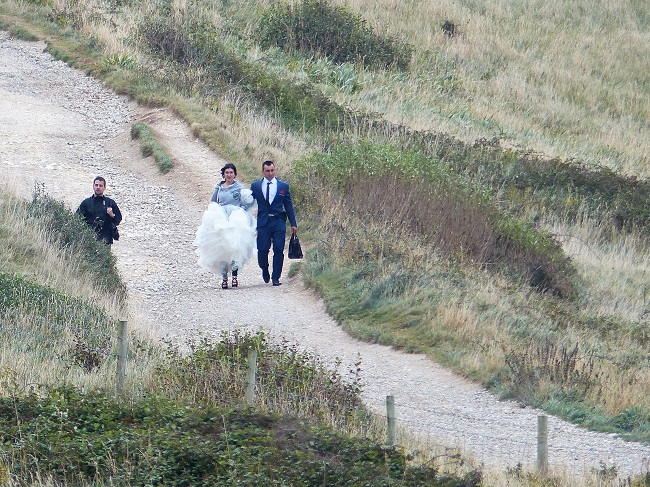 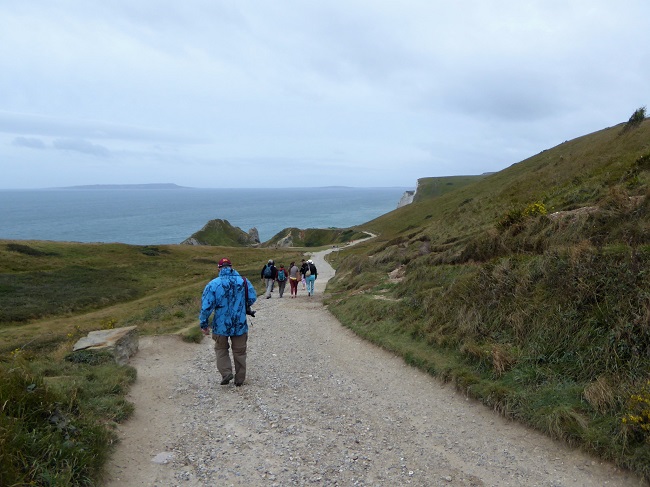 Despite the chilly breeze and warnings of crumbling cliff edges, many walkers find places along the way to enjoy expansive views of the rugged coastline.

To reach Durdle Door, a set of steps winds down from the cliff top to the beach below. The steep steps are hard going at the best of times, but after heavy rain they’re muddy, slippery and difficult to negotiate. 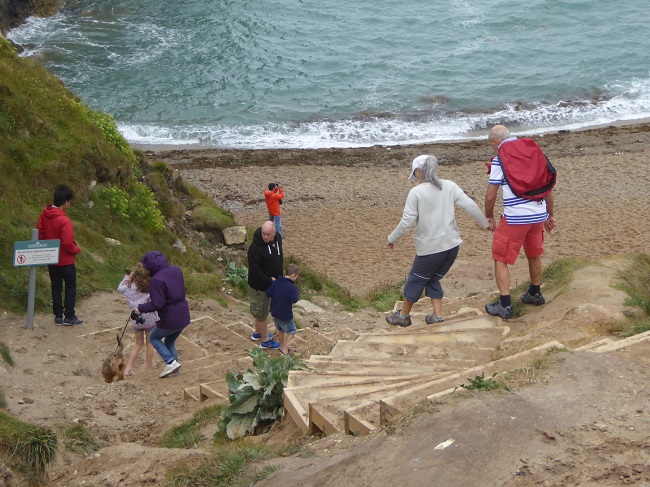 By the time you’ve reached the bottom, you could be a few centimetres taller, with a new platform sole of mud on your shoes. If you’ve chosen real platform shoes, it’s a good time to discard them before setting out across the shingle beach.

It’s worth the effort though. The hard Portland stone of Durdle Door contrasts with the softer chalk cliffs stretching away in the distance. 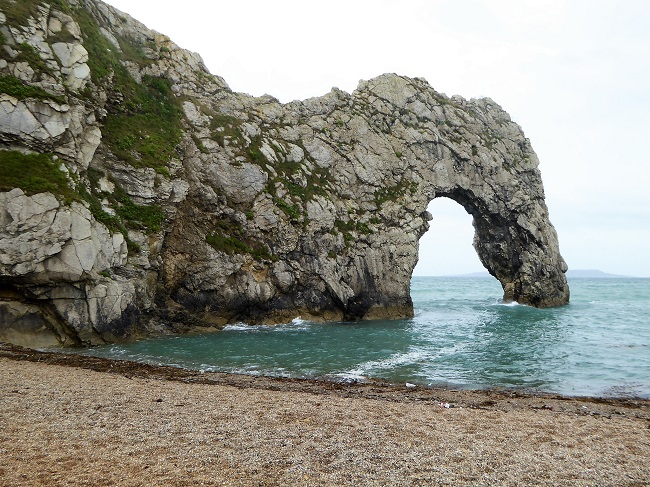 The pebbly beach drops away steeply into the ocean, making it the perfect platform for special photos.

Eventually, it’s time to retrace your steps and return the way you came – you just have to walk back up!

51 thoughts on “Which Shoes to Choose?”