Even with our GPS, it wasn’t easy to find our Airbnb home in Falmouth. The narrow road, winding and lined on both sides with parked cars, climbed a seemingly endless hill. Eventually we found the correct address, and then we had to go even higher – our flat was on the fourth floor. 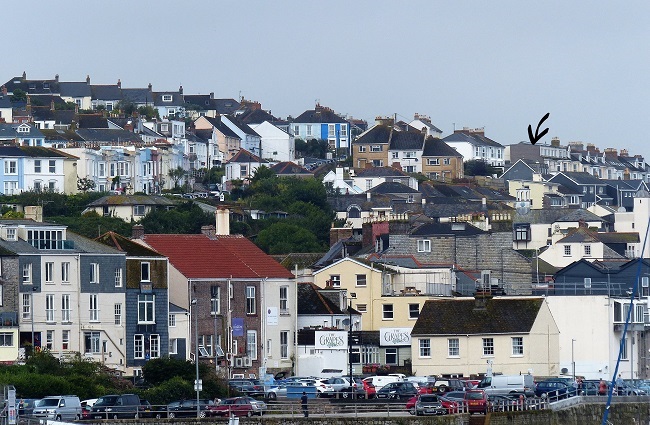 We were beginning to wonder if it would be worth all the effort, until we walked into the living room. Perched high above Frobisher Terrace the flat, with its two large picture windows, overlooked the waters of Carrick Roads and the village of Flushing on the other side. We had the best view in town! 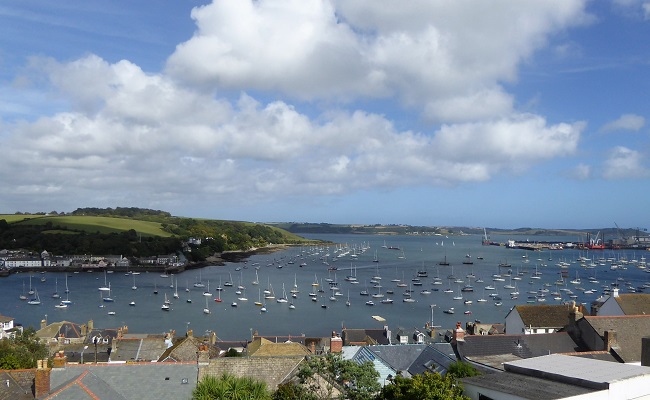 Every day it was different. Early in the morning, the glow of the rising sun made a pathway between the tiny boats anchored offshore. One day, ocean mist shrouded everything in a veil of white. At night, the reflected lights of the port glistened on the water. 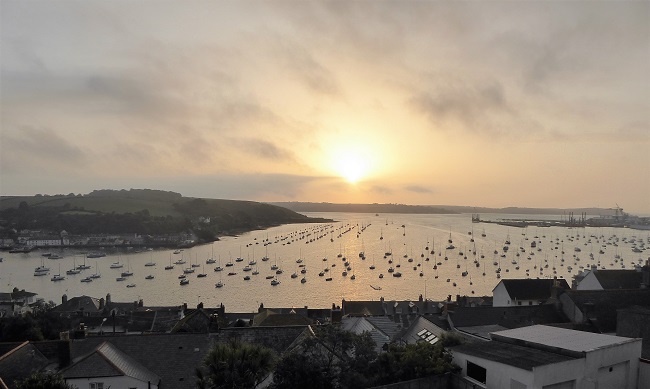 Our location wasn’t just amazing because of the view. A ten minute walk down Beacon Street took us to the oldest part of town, where the street names and shop façades gave us clues to their history. 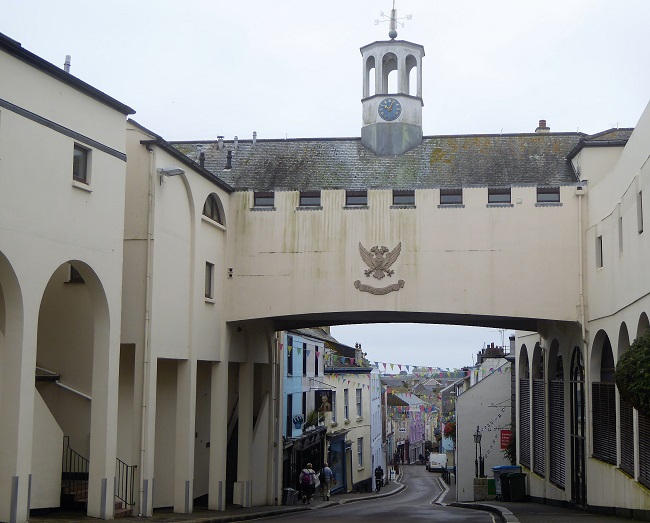 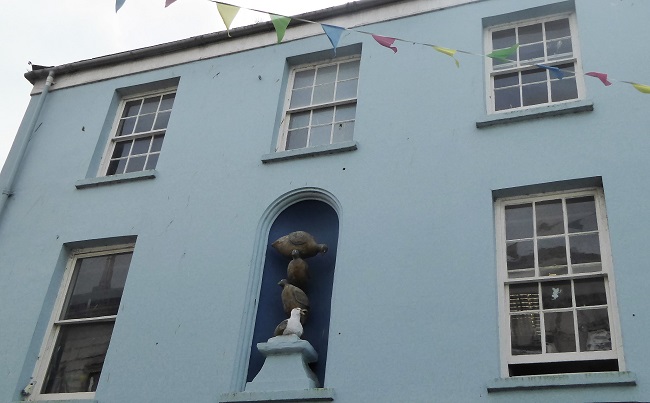 At each bend in the road the street name changed. High Street became Market Street and then Church Street. On the corner here, the Church of King Charles the Martyr pays homage to Falmouth’s history as a Royalist town during the English Civil War.

Narrow alleys between the shops, unchanged over the centuries, led down to the piers and the harbour.

At the National Maritime Museum Cornwall, we explored a Viking boat-building yard, listened to the stories of passengers aboard the packet ships of the 19th century and raced in a purpose built dinghy in the 2012 London Olympic Games. 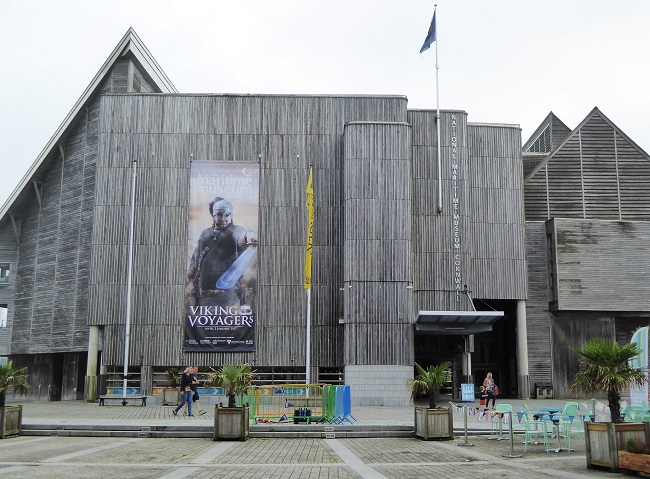 Leaving the boats of the Maritime Museum, we continued along Bar Terrace past prettily coloured homes, all with that same wonderful view of the ocean.

An uphill walk along Castle Drive and Castle Close led to King Henry VIII’s fortress, Pendennis Castle. Along with St Mawes Castle across the estuary, Pendennis was one of a line of coastal fortresses and remained in use from Tudor times to the end of the second World War. 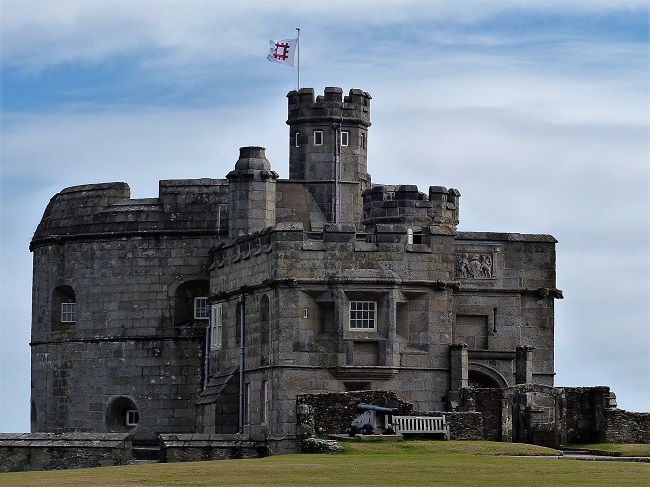 Like Henry’s soldiers who kept watch on the castle walls, we had 360° views. We saw Falmouth and its beautiful waterways from yet another perspective. We could even make out, far in the distance, our own private vantage point at the top of Frobisher Street. 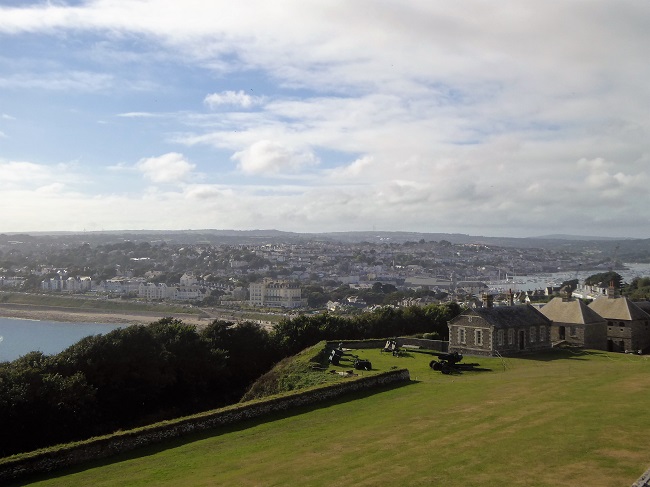 50 thoughts on “Falmouth – Near and Far”