It’s always lovely to go on a long holiday to a far flung destination. There are times, however, when it’s not convenient or cost effective and a staycation closer to home is the way to go. The destinations in this series of posts are all just a few hours’ drive from our home. They’re easy to get to, there’s plenty to see and do and at the end of the holiday we’re home again in no time.

At the north western end of Isla Gorge National Park in central Queensland, there is a remarkable example of  mid 19th century engineering – an isolated time capsule preserved in the bush. To reach it, we turned off the highway and headed towards Flagstaff Road. Wide, flat and unsealed, the road goes through private cattle properties. Several times we had to slow down as we crossed cattle grids and passed by stock grazing at the side of the road. 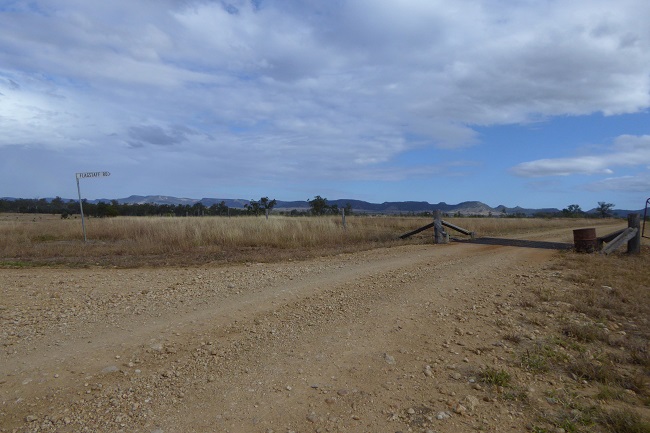 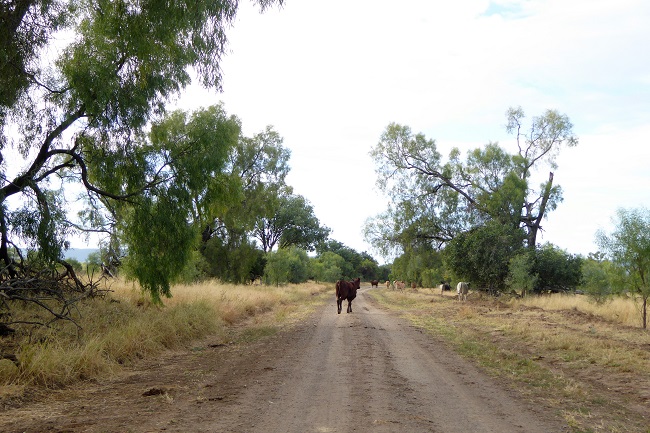 Ahead in the distance, the Dawson Range rose abruptly out of the dusty plain. 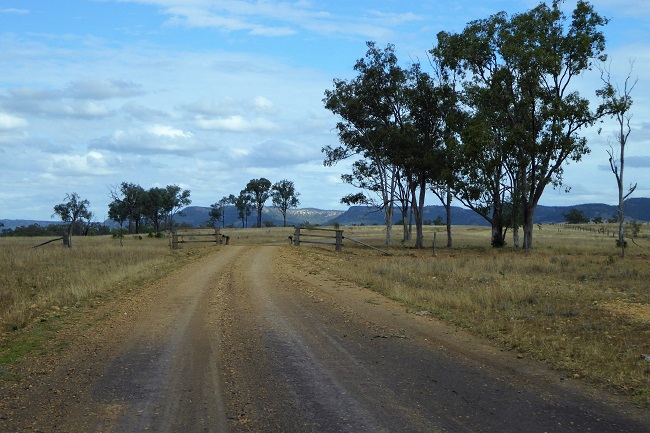 Just inside the national park boundary at the top of the range, a narrow walking track led through the bush to the remnants of a hand-made road.

Constructed in the 1860s, the road was used to transport wool from the western town of Roma to the coastal port at Rockhampton. For this 150 metre section up the range, massive slabs of rock were cut by hand from boulders on the site. No cement was used to lay the pavers; they were shaped to fit neatly together, creating a firm surface on the steep slope. Hand-made culverts drained rain water away, preventing erosion and conserving the area. Six men took six months to build the paved road at a cost of £200. 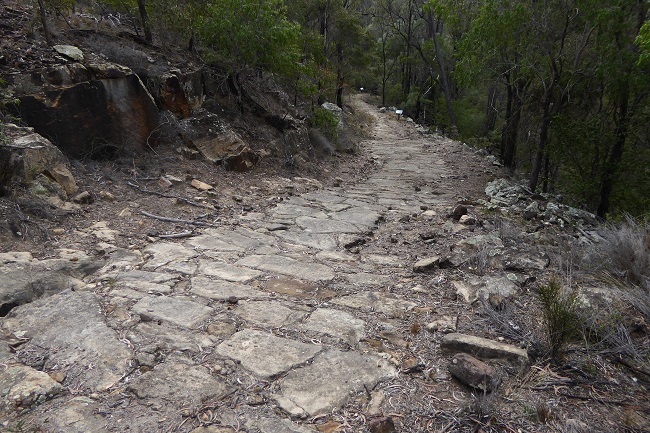 In the early days, bullock teams pulled massive drays loaded with wool on the journey east and returned with supplies for those living in the remote west of the state. The bullockies who managed the teams were highly skilled in the tricky maneuvers needed to reach the top of the hill.

The road was used until the 1930s but, when other sealed roads made the westward journey easier, most traffic was diverted. Today the hand-paved road up Flagstaff Hill lies hidden in the bush, a silent tribute to the men who laboured to build it.

31 thoughts on “Paving the Way”