When Mr ET aka Glen began his Prep Year at school in 1963, he met Kevin. Glen and Kevin had a lot in common: they both had seven sisters and one younger brother, they lived not far from each other and they were fervent supporters of Essendon Football Club. It wasn’t long before they were best friends. When they grew older, the boys spent their weekends and holidays exploring far and wide on their bikes, only returning home at the end of the day for dinner. 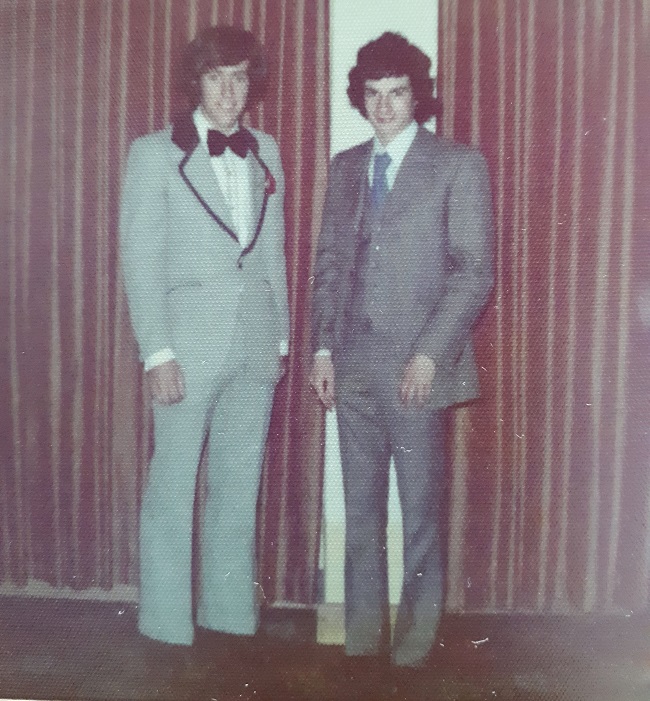 Glen and Kevin at a family wedding, 1975

As adults, Glen and Kevin developed a mutual passion for beer. For many years, they’ve made their own home brews and they enjoy visiting craft breweries in Australia and overseas. In 2011, we holidayed with Kevin and his wife Mary Lou in Munich for a week, where we spent much of our time at the Hofbrauhaus and other beer-related establishments. Even though they live in different states, Glen and Kevin are often in touch and regularly discuss their latest home brewing experiments. 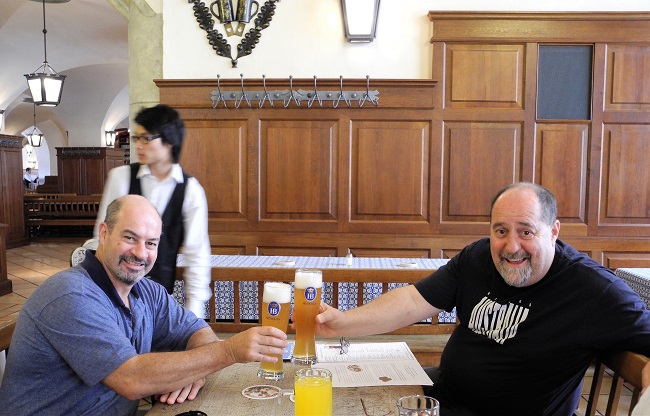 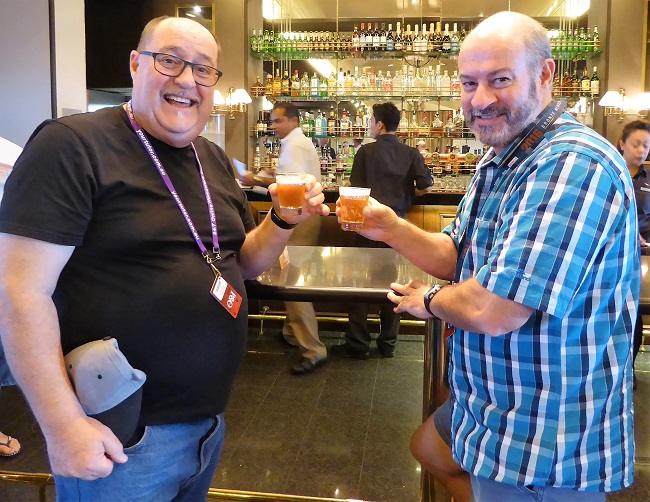 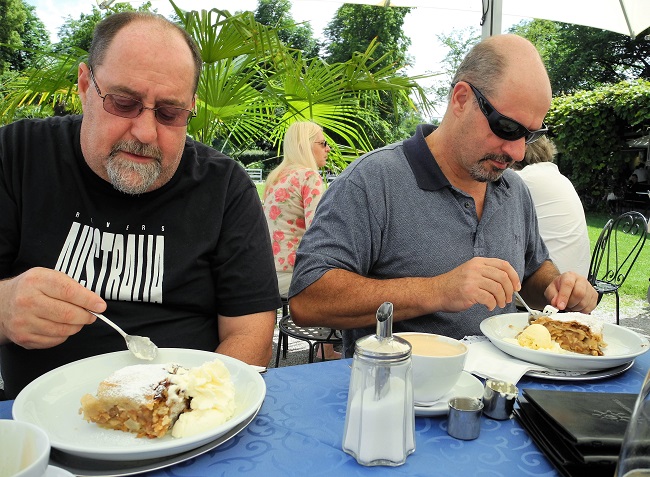 It’s not always about the beer – strudel and coffee in Munich, 2011

When Kevin announced his plans for a beer-themed party to celebrate his 60th birthday in October this year, it was a given we would be there. This wasn’t to be a one night event; it would start on Friday night and continue all weekend, before finishing up on Sunday afternoon. It would incorporate the telecast of the Australian Rules Football League (AFL) Grand Final on Saturday afternoon and a fancy dress party on Saturday night – Kevtoberfest was born! 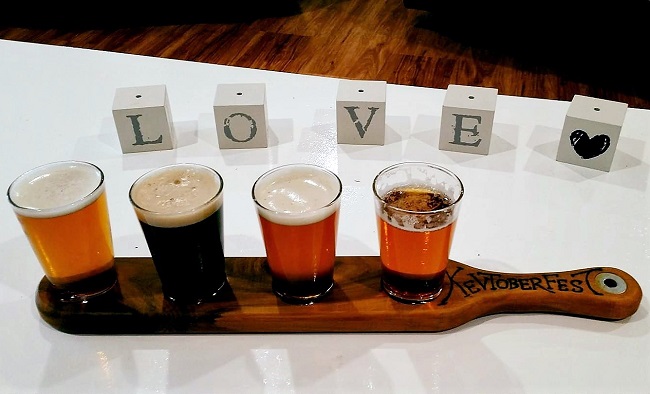 Instead of a quick fly/drive journey, we decided to do a three week caravan trek to Kevin’s home near Bairnsdale in Victoria. The return journey of 3,500 kilometres would cover inland and coastal regions of Queensland, New South Wales and Victoria. It wasn’t by coincidence that the route Glen planned included several towns with craft breweries and, knowing my love of quilting and crochet, he made sure to include some craft shops as well. The itinerary was a winner for both of us!

52 thoughts on “Setting the Scene”