Begin a conversation about canyons and most people would probably think of Arizona’s Grand Canyon. It’s one of the world’s most popular tourist attractions, with more than five million visitors each year. But they might be surprised to learn that the Grand Canyon ranks fourth in order of the world’s largest.

Until we stopped at Pearson’s Lookout on the Castlereagh Highway, we would have been included in that group: we didn’t know Australia has the world’s second largest enclosed canyon. One kilometre wider than the Grand Canyon but not as deep,  Capertee Valley is the widest canyon in the world.

From the lookout, there are 180° views of sheer sandstone cliffs rising up to 627 metres above the valley floor. The scene is dominated by Pantoneys Crown, a craggy sandstone monolith surrounded by dense eucalypt forest. 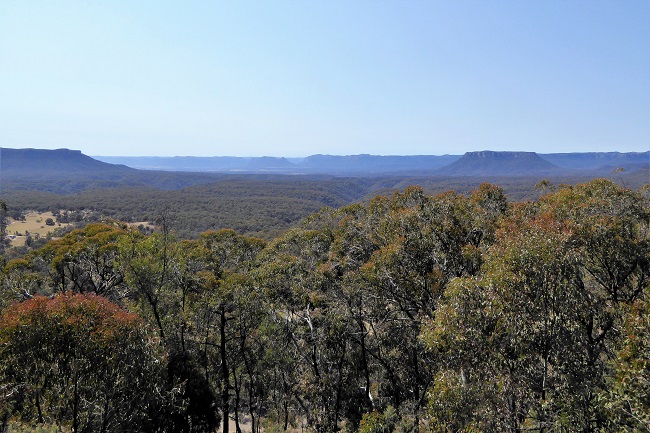 Capertee Valley is recognised by Birdlife International as an Important Bird Area and is listed in the 50 top birdwatching locations in the world. On the day we were there, it seemed as if the valley was filled with bellbirds. Although we didn’t see any, we could hear their tinkling songs rising up from the treetops.

So the next time you’re talking about canyons, you’ll be able to impress your friends with your knowledge by telling them about Capertee Valley, the widest canyon in the world!