Australia is the sixth largest country in the world with a land mass of 7,692,014 square kilometres. Despite its size, Australia is composed of just six states and two territories, all with their own capital city. Every capital has its own distinctive architecture; some buildings are more well-known than others, but each plays a part in the story of its city.

The heritage-listed Albert Street Uniting Church, completed in 1889, is dwarfed by the surrounding city tower blocks. By the early 1900s it was the main Methodist Church in the city and is now the home of Wesley Mission Queensland. With its Victorian Gothic architecture and its inner city position, the church is a popular wedding venue.

The Arts Centre Melbourne is Australia’s busiest Performing Arts complex. Construction began in 1973 and the buildings were completed in stages, the last being finished in 1984. The steel spire is 162 metres high and is surrounded at the base by a ruffle of steel mesh reminiscent of a ballerina’s tutu.

The scoreboard at the Adelaide Oval has been keeping track of cricket matches since 3 November, 1911. The heritage-listed Edwardian scoreboard is the only one of its type in the Southern Hemisphere and is still manually operated.  A tour of Adelaide Oval includes a visit inside the four storey scoreboard. 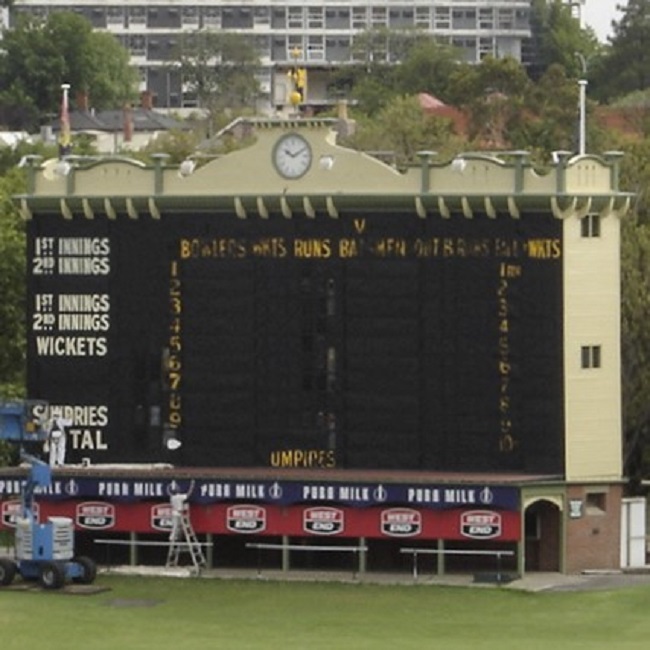 The Bell Tower in Barracks Square houses the Swan Bells, a collection of 18 change ringing bells. Twelve of the bells come from St Martin-in-the-Fields Church in London and date from the 13th century. They were gifted to the city of Perth during Australia’s Bicentenary, while the Bell Tower was completed in time for Millennium celebrations.

The Shot Tower at Taroona, just outside Hobart, was built in 1879 and was, for four years, Australia’s tallest building. Lead shot was produced in the tower for 35 years. Next door is the home of Joseph Moir, who constructed the tower and other landmark buildings in Hobart. The shot tower is still the tallest of its type in the Southern Hemisphere.

Parliament House is the meeting place of the Parliament of Australia. This is the second Parliament House and replaced Old Parliament House, which was in use from 1927 to 1988. This new building was opened in 1988 by Queen Elizabeth II during Australia’s Bicentenary celebrations. The Commonwealth Coat of Arms adorns the front façade, and an Australian flag the size of a half tennis court flies at the top of the 81 metre high flagpole.

The Sydney Opera House, opened in 1973, overlooks Sydney Harbour at Bennelong Point. Every year, more than eight million people visit this UNESCO World Heritage Site and it hosts more than 1,500 events and performances. The Opera House becomes a focal point during Sydney’s Vivid Festival each June. 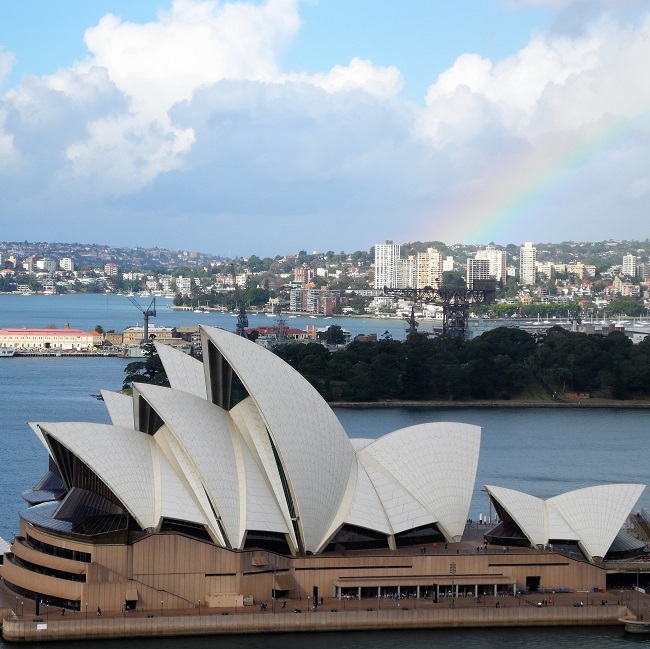 Leave a Reply to a mindful traveler Cancel reply