Mention Whistler and visions of a winter wonderland bustling with snow sports enthusiasts come to mind. But with more than half of the annual three million visitors, including us, coming in the summer months, Whistler in early summer is just as busy.

The centre of the village is packed with day trippers and holiday makers and the shops and restaurants are crowded. It’s the mountains people have come to see though, and the only way to get there is on the Whistler Village Gondola which travels five kilometres to the summit of Whistler Mountain. Gliding high above the tree-covered slopes for 25 minutes, the gondola ride allows everyone time to enjoy the spectacular views on all sides. 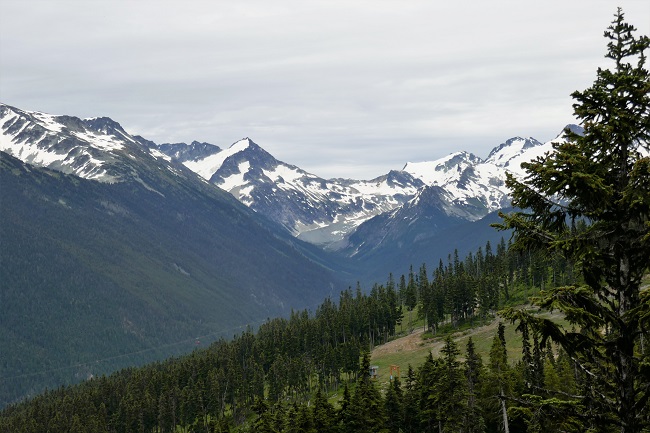 Mountain bikers also ride up the mountain, transporting their bicycles on a chairlift before hurtling down again at breakneck speeds.

At the summit a giant stone Inukshuk, created for the 2010 Winter Olympics, gazes protectively over the valley. From a height of 2,182 metres, Whistler resembles a toy village dwarfed by the Fitzsimmons Mountain Range.

The Peak 2 Peak Gondola Ride crosses from Whistler Mountain to Blackcomb Mountain in a journey of record-breaking proportions. The highest and longest of its kind in the world, with the longest unsupported span of 3.024 kilometres, the ride travels 4.4 kilometres over Fisher Valley. The bright red gondolas leave the stations on either side every 59 seconds, and cross paths high above the valley floor. At the highest point of 436 metres, Fitzsimmons Creek resembles a narrow silver ribbon draped between the trees. 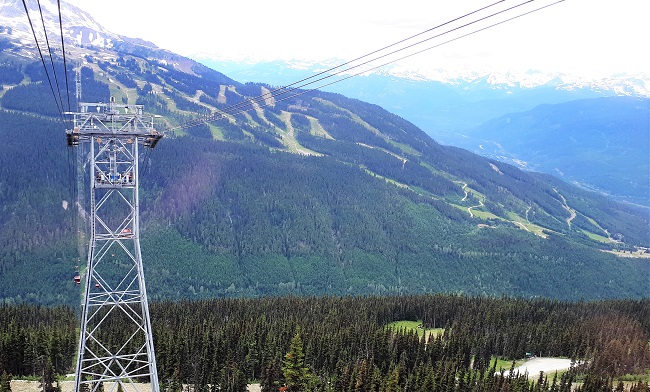 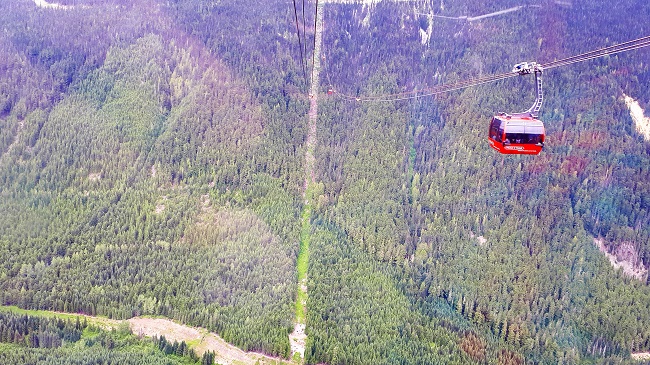 Back on Whistler Mountain, the Roundhouse Lodge serves steaming hot chocolates, with peaks of whipped cream and marshmallows mirroring the surrounding landscape. Tiny chipmunks scamper between the tables searching for dropped crumbs.

The best view comes at the end of the day, halfway down on the return journey to Whistler Village.

As the gondola passes above, a mama grizzly bear guides two cubs along a narrow mountain track. The gondola continues on its way and, while our glimpse of the bears is fleeting, our excitement lasts much longer. Whistler really is full of surprises! 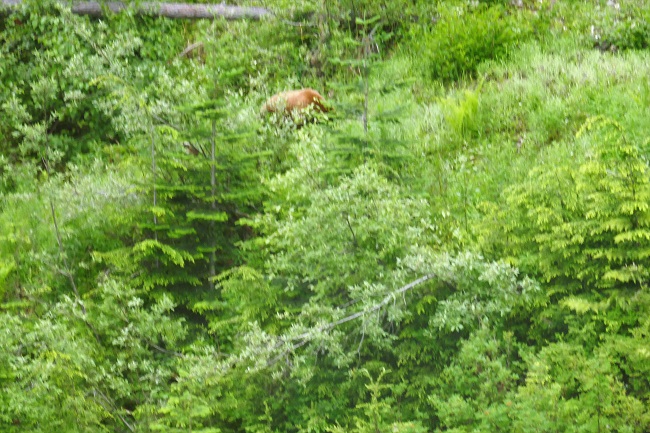