The distinctive white sails of Canada Place are an iconic part of the Vancouver waterfront skyline and we quickly came to recognise them everywhere we went. From the Seabus on Burrard Inlet they stood out among the city skyscrapers, even when surrounded by cruise ships. At the lookout on Grouse Mountain, they were clearly visible on the waterfront. We could even see them from our 21st floor apartment in downtown Vancouver. 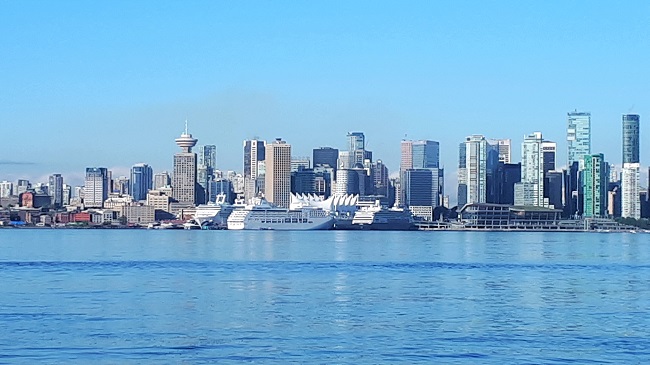 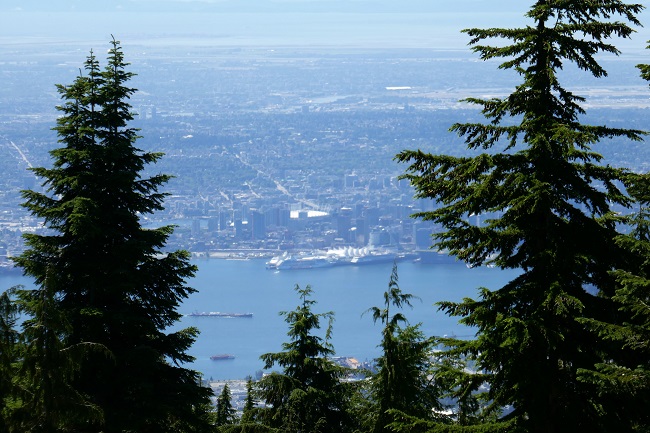 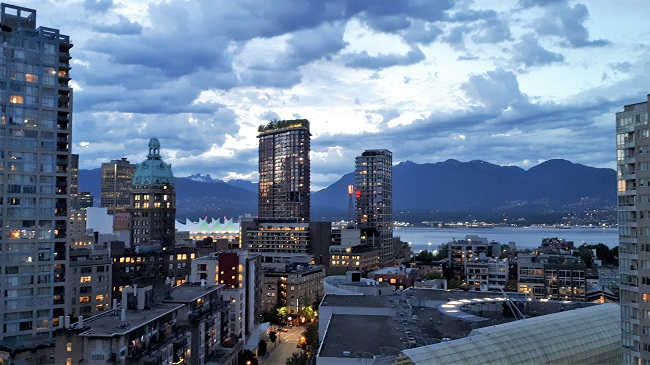 Close up the 30 metre high fibreglass sails are just as spectacular, but they are only one part of Canada Place. It’s the home of the Port of Vancouver and the cruise ship terminal, which can accommodate up to four huge ships at one time. Luxury hotels stand alongside the World Trade Centre and the Vancouver Convention Centre. 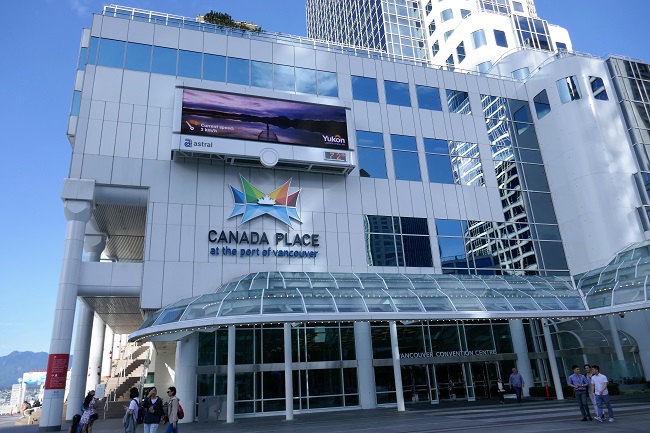 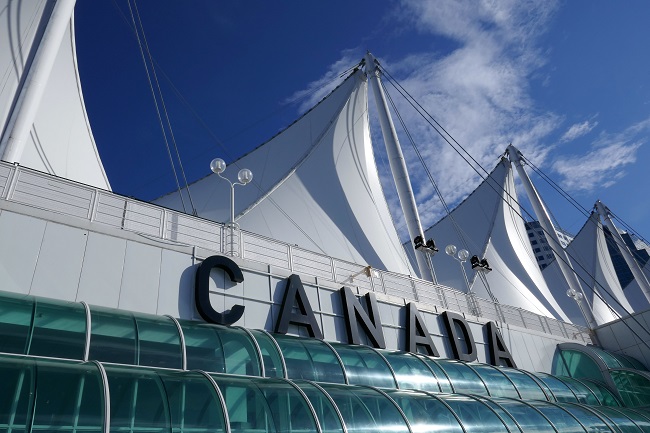 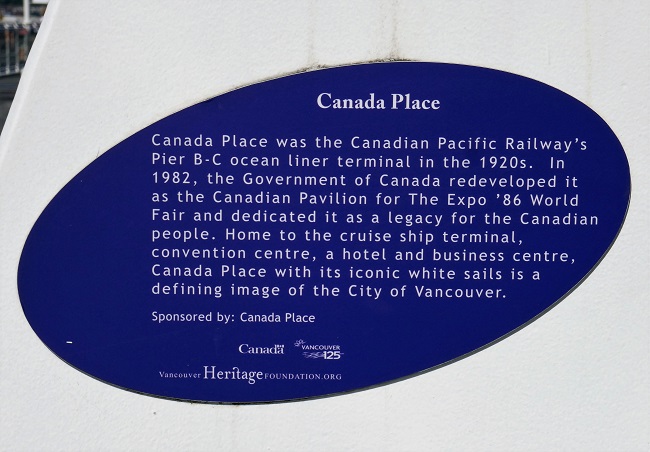 On the west promenade of Canada Place we went on a virtual trek across Canada, from ocean to ocean. The Canadian Trail consists of 13 sections designed to represent the 10 provinces and three territories of the nation. 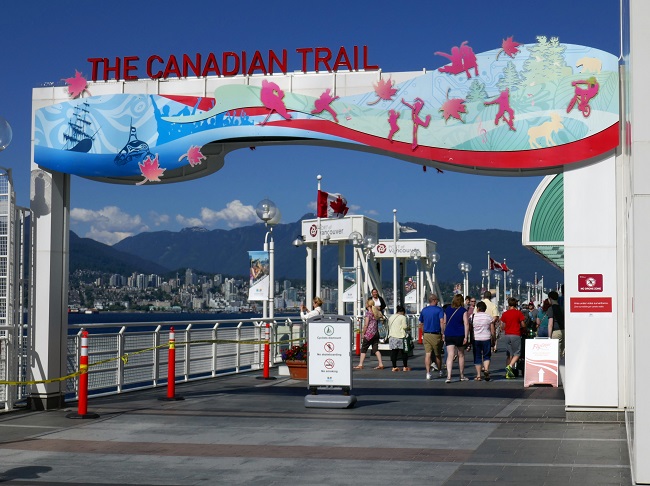 Colourful glass plates embedded in the walkway list communities small and large, some well-known to us and others not familiar. We followed our own route through Canada, a few places we’d already been to and others we were yet to visit. 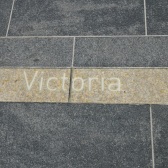 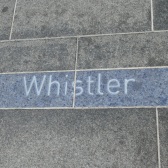 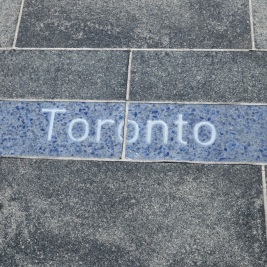 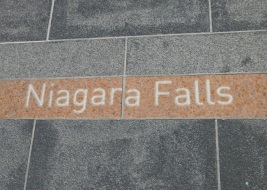 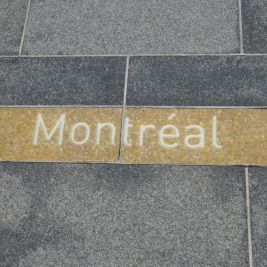 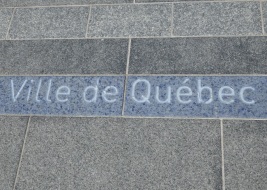 A mile-marker set into the pavement was another indicator of the distances we would cover on our Canadian journey. 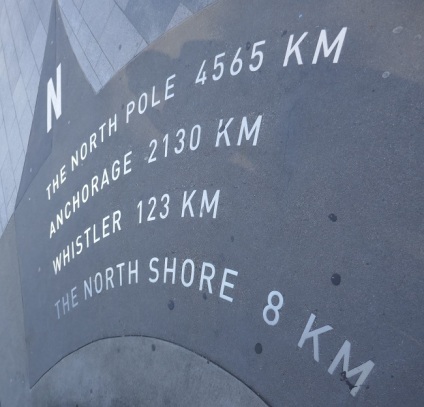 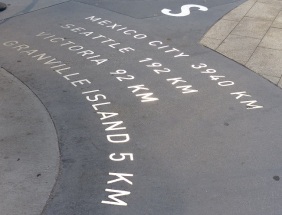 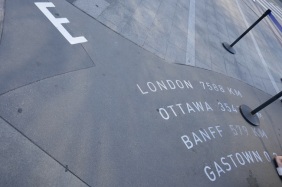 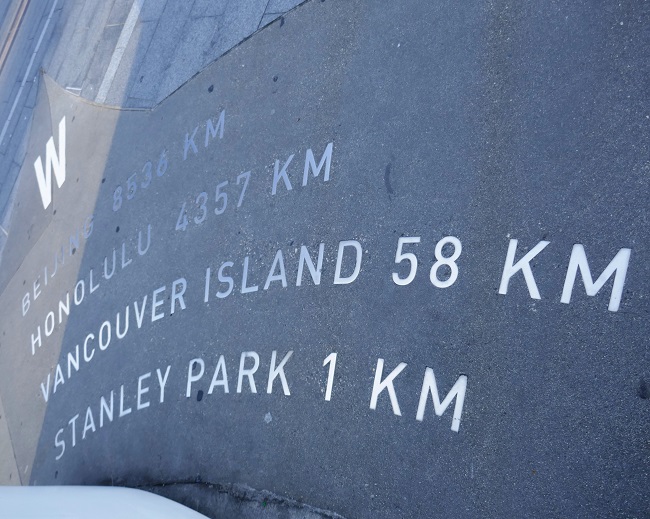 This part of Burrard Inlet is an airport on the water, with tiny seaplanes continually taking off and landing. Even after seeing them in Victoria we were still entranced and stopped to watch as each one arrived or departed. 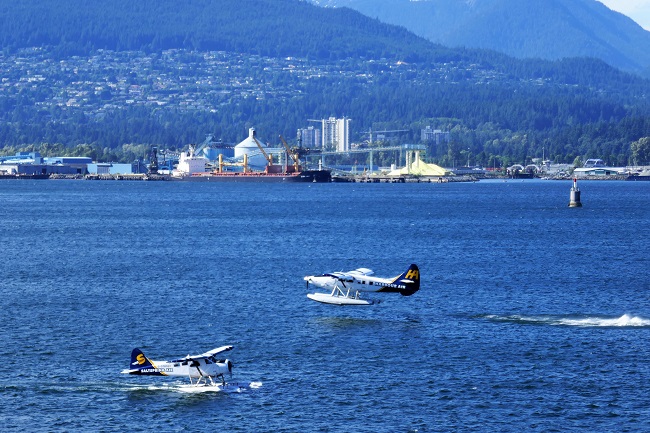 The trail ends at North Point with 360° views of the city, from the snow-capped mountains of the north shore to Stanley Park in the west, across Burrard Inlet to North Vancouver and east to the bustling Port of Vancouver. 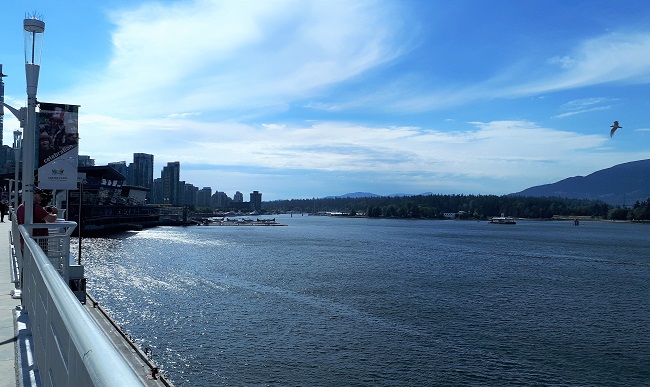 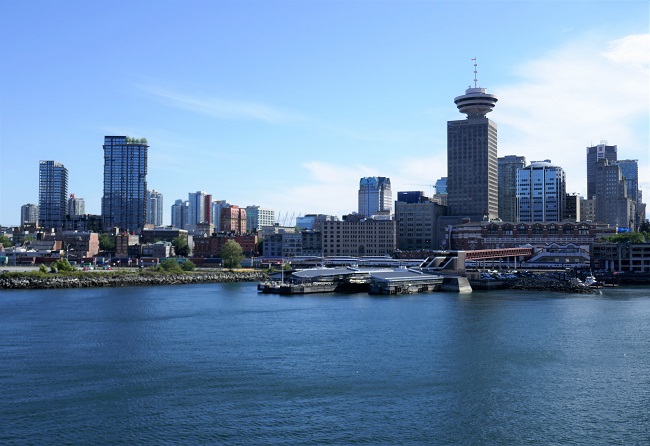 We retraced our steps across Canada on the Canadian Trail and returned to the white sails of Canada Place. From our apartment to the waterfront those sails became our point of reference for our city explorations.

43 thoughts on “In the Right Place”