After trekking across Canada on the Canadian Trail, we took to the skies in a virtual flight across the country at Flyover Canada. 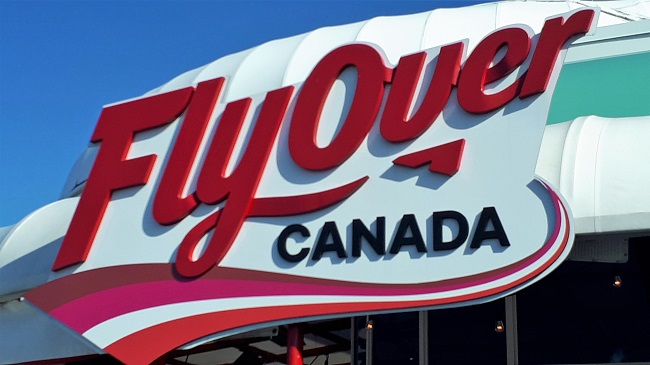 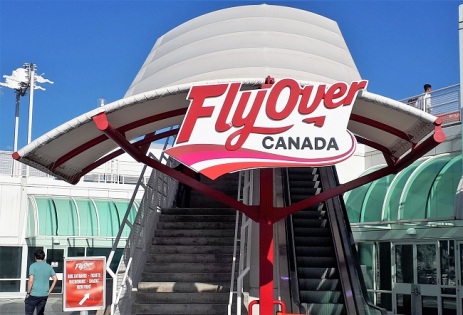 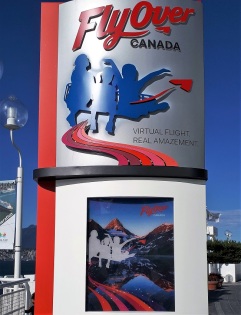 Strapped into our seats in a darkened room, we soared above the land in an eight minute video journey from east to west through the four seasons. With snow-covered mountains and never-ending prairies, deep blue lakes and tumbling waterfalls, the scenery was spectacular and the special effects almost convinced us we’d flown cross country.

A few days later we did exactly that in the opposite direction, on a five hour flight from Vancouver to Toronto. From our window seat, our bird’s eye view of Canada rivalled that tourist ride  in Canada Place.

We said goodbye to beautiful Vancouver with one last glimpse of the city, the water and those stunning coastal mountains beyond. We could see places we’d become familiar with – the white sails of Canada Place and the cleared green area at the top of Grouse Mountain. 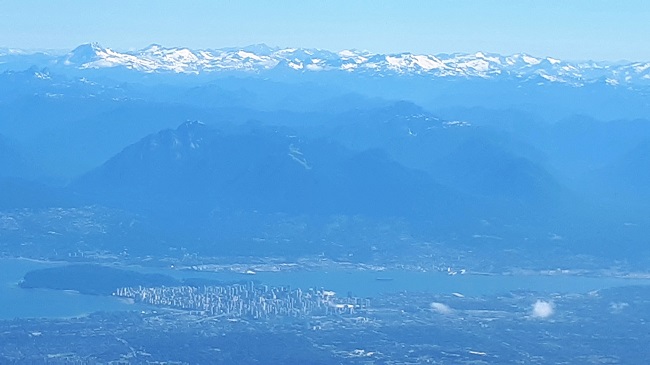 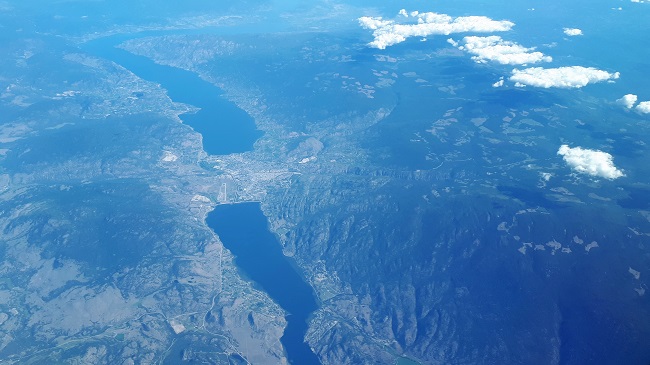 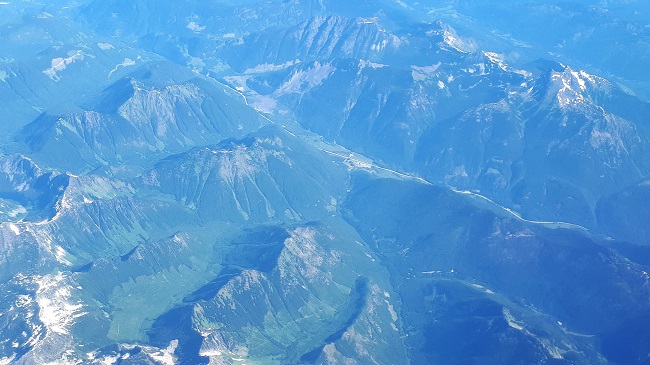 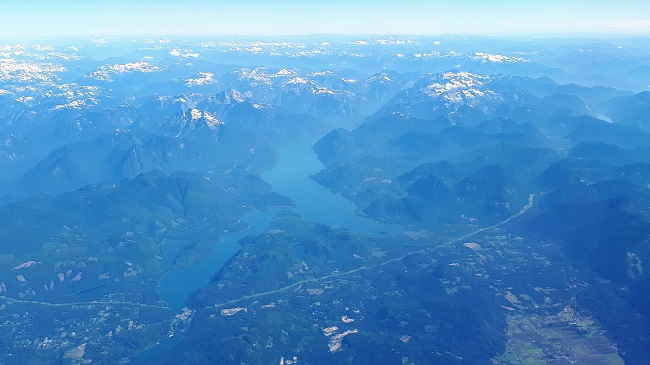 Later the mountains became more rugged and wild – could these be the famous Rockies we’d read so much about? 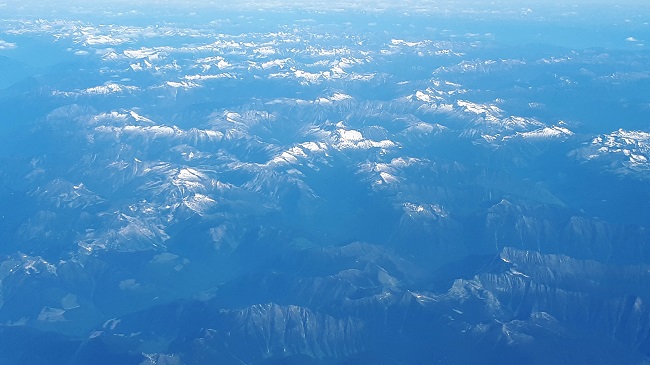 Soon the mountains were gone, replaced by broad flat farmland stretching to the horizon. From above the fields looked like giant geometrical puzzles, with different shapes neatly fitted together. We were intrigued by the circles and, although we asked later, no one could explain their purpose. 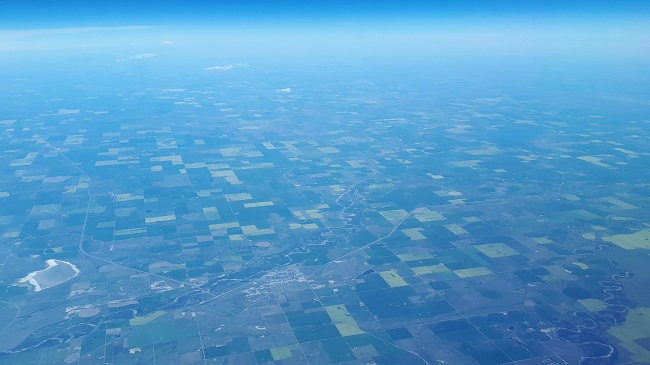 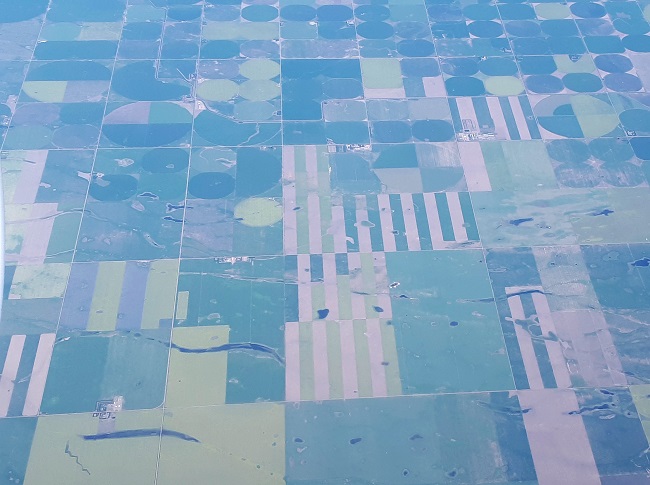 At one stage, we flew again over water and decided it must be one of the great lakes. The deep blue, dotted with tiny islands, contrasted with the green of the land, densely forested and jagged along the water’s edge. 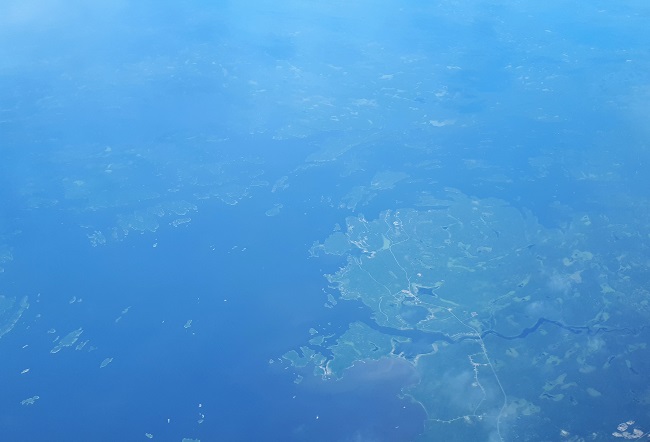 Then came more farmland, this time worked in neat grid patterns edged with dark green stands of trees. The fields were split by long straight roads; we could even see cars heading in both directions. 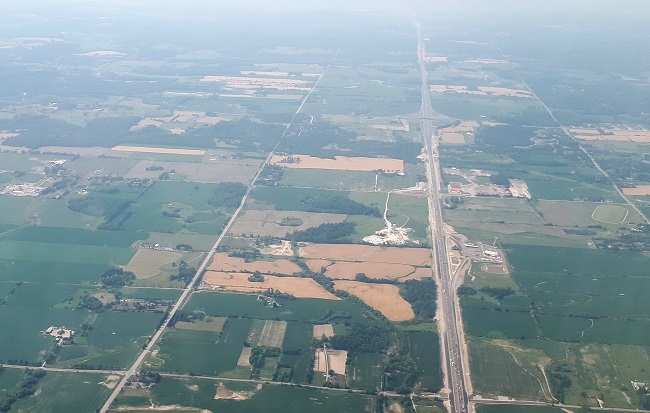 Eventually Toronto came into view. It seemed to go forever; a vast sprawl of homes, shopping centres and rows of high rise towers with wide green spaces in between. 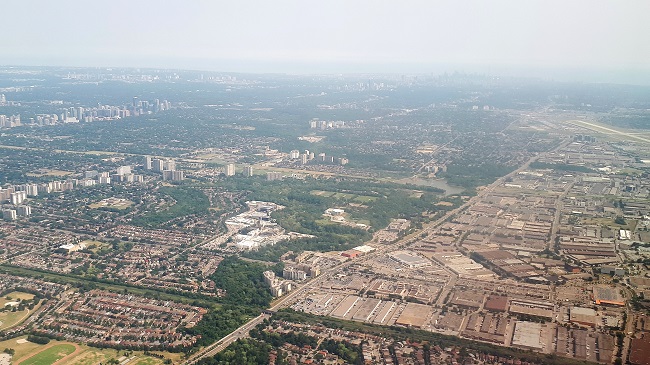 The city centre, defined by a long strip of skyscrapers, was dominated by CN Tower, a building we would come to know well. Beyond the cluster of towers we could see more blue – Lake Ontario, so large it merged with the blue sky on the horizon. 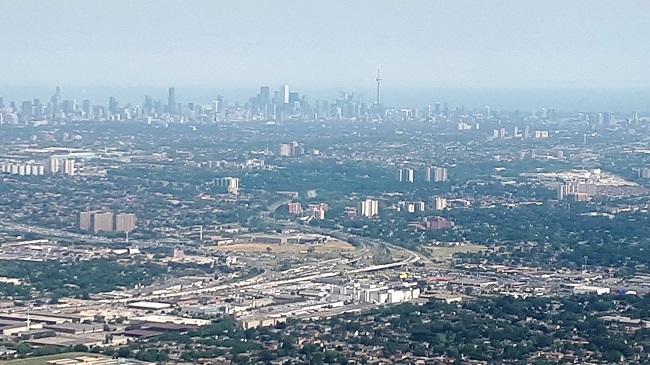 The next part of our Canadian adventure was about to begin.

45 thoughts on “Flying Over Canada”