On Front Street the façade of St Lawrence Market has an almost stately appearance. The red of the bricks is enhanced by overflowing tubs of begonias, shady market umbrellas and a line of Canadian flags flapping in the breeze. 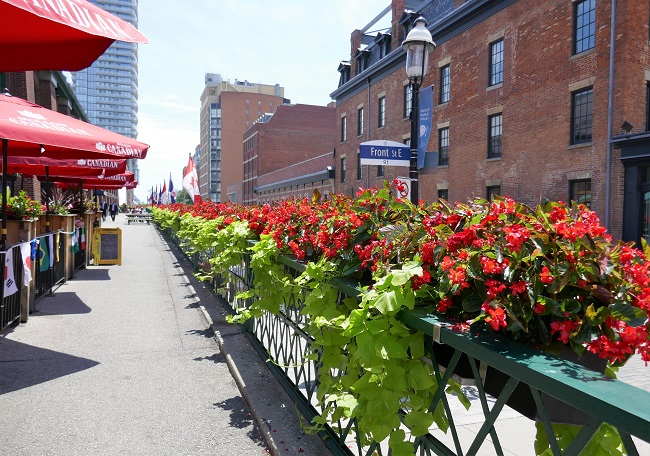 Step through the wide timber doors and the feeling of calm elegance disappears, as the bustle of vendors selling their wares is matched by the urgency of shoppers in search of the freshest produce and best bargains.

There has been a public market on this site since 1803, first in the north building and, since 1845, in the south. Today more than 120 specialty stores sell fresh foods – fruit and vegetables, meat and fish, bakery and dairy products. 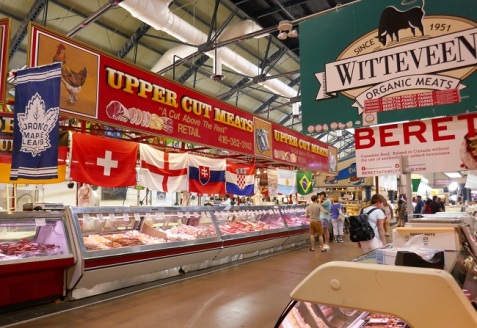 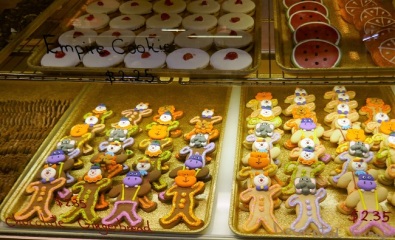 As well as filling their baskets with fresh food to take home, hungry shoppers flock to the restaurants and cafés to fill up on local delicacies and traditional treats.

In April 2012, St Lawrence Market was declared by National Geographic as the world’s best food market.

After devouring our lunch of freshly made crêpes filled with fruit and cream, we could understand why! 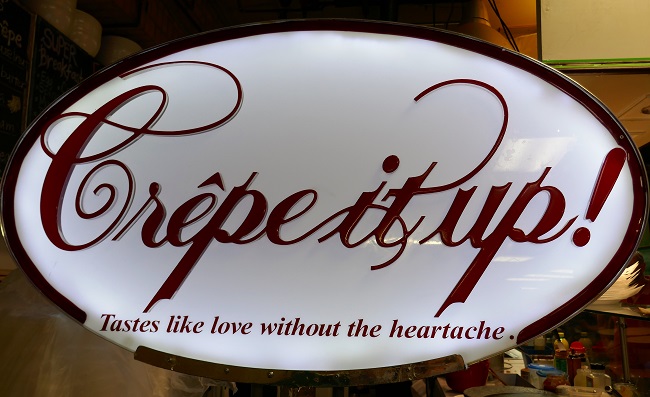 45 thoughts on “To Market, To Market”