Street art tells a story, and every outback town has a story to tell.

A mosaic shield on the Maranoa Regional Council building in Roma depicts the region’s rich history of agriculture and natural gas production. 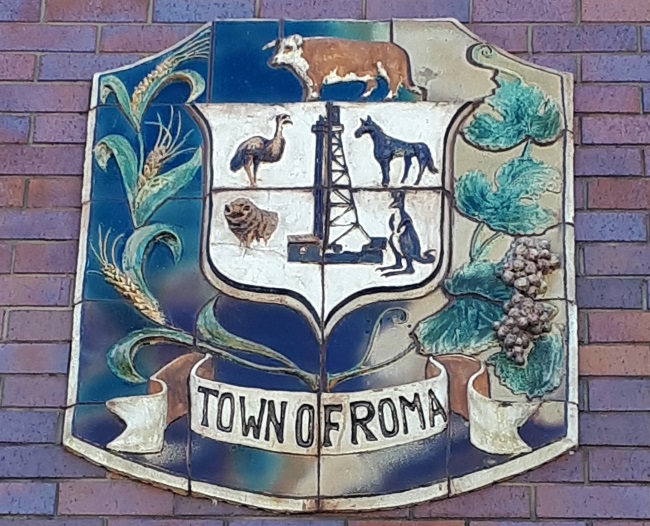 Inside the building a much larger mosaic shows more detail: vineyards and wineries, gas fields, sheep and cattle farming, the road and rail routes which opened up the outback. Indigenous first peoples and industrious pioneers are featured along with those beautiful bottle trees Roma is famous for. 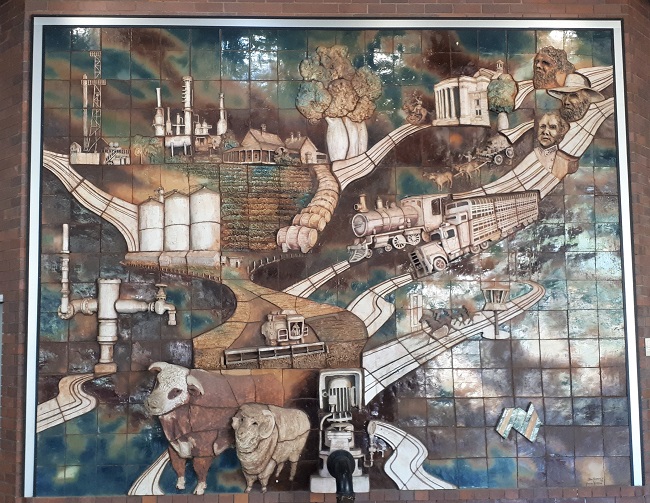 There’s no mistaking the purpose of these parking bays at the Roma Community Art Centre.

The wall around Roma’s Bassett Park has been transformed into a giant canvas. A mural 100 metres long details a day in the life of the Maranoa Region, from sunrise to sunset. Aboriginal art, local native plants and a rig on the oil and gas fields all feature on the panels. Most spectacular is the image of Carnarvon Gorge, with its rugged sandstone cliffs disappearing into the distance.

Just south of Mitchell, a cluster of dramatic red figures stands beside of the highway. The memorial pays homage to the local constabulary who, in the early 20th century, protected the district from the Kenniff brothers, the last of Australia’s notorious bushrangers. A nearby plaque tells the story of the crimes and final demise of the brothers. 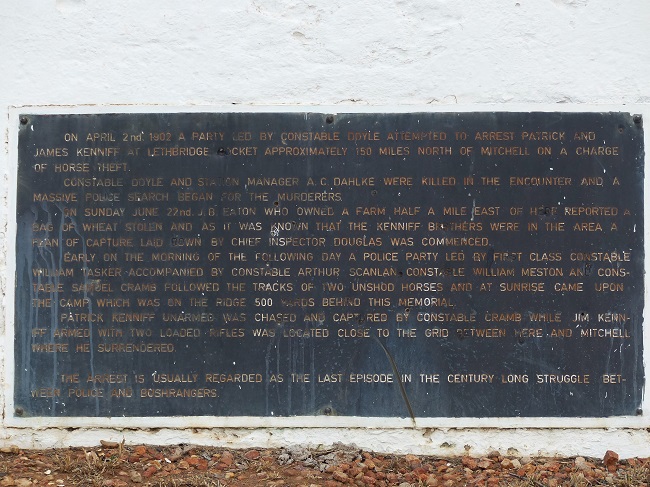 On Wills Street in Charleville, Matilda the big kangaroo greets visitors with a friendly wave. With her bush hat on, a swag on her back and a joey in her pouch, she’s ready to hop away on a new adventure. Further down the street, a giant yellow belly encourages anglers to throw in a line at the Warrego River.

Outside the Paroo Shire Hall in Cunnamulla, an Australian bushman sits on his swag, savouring a mug of billy tea. Titled “The Cunnamulla Fella” the statue depicts the iconic Australian character described in the song of the same name, written by Stan Coster and recorded by Slim Dusty. 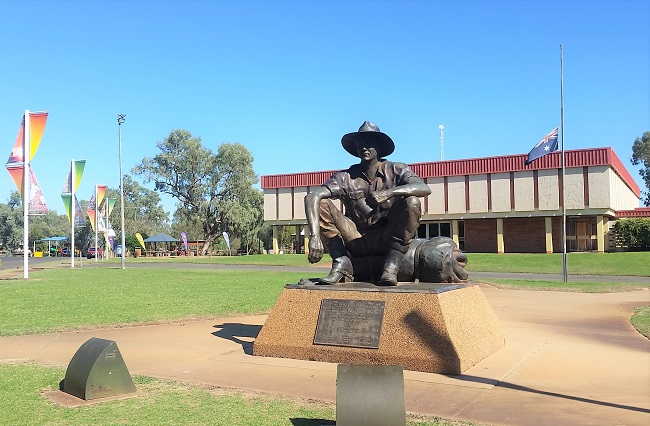 Just across the road are more well-known Australians. 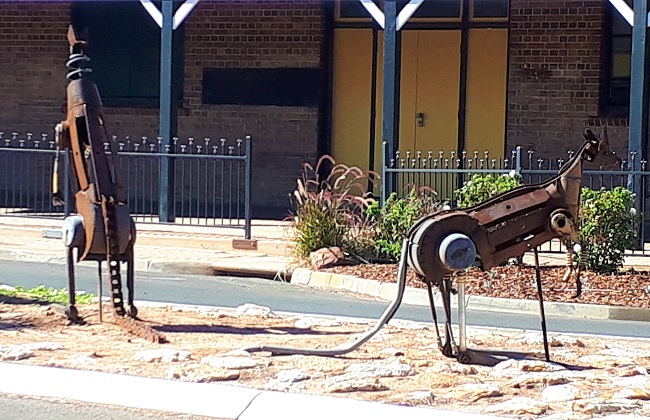 The beautiful painted silos at Thallon are easily seen from the highway but it’s worth driving right into town for a closer view.

There’s no need to get up close to see this Northern Hairy Nosed Wombat. Located in the park in the centre of Thallon, the oversized sculpture brings attention to the wombat’s critically endangered status. Once found right across eastern Australia, this species of wombat now survives in just two areas of Queensland; in a National Park near Clermont and a conservation park near Thallon. At the Richard Underwood Nature Refuge, more than 200 wombats live in a securely fenced colony, protected from predators like wild dogs.

Flora and fauna, history and heritage, people and places – street art tells the stories of the towns of the outback.