I’m joining Becky in her October Square Photo Challenge over at The Life of B. The rules of the challenge are simple: most photos must be square and fit the theme word Past. Look for #PastSquares. This month we’re travelling back in time in the western Queensland town of Miles and surrounds. We’ll explore the local area and join in the festivities at the Miles Back to the Bush Festival.

Welcome to Miles! Located in the Western Downs region of Queensland, this town of around 1,700 has a rich history of agriculture and mining and has been a transport hub for the south west since the days when Cobb&Co coaches passed through. With the state capital Brisbane being 341 kilometres to the east, you might think the town was named because it’s “miles from anywhere”. But the town of Miles wasn’t always called Miles.

When the German explorer Ludwig Leichhardt passed through this region in October 1844, he named the waterway Dogwood Creek after noticing a lot of dogwood trees growing nearby. In 1878, as workers on the new railway line from Brisbane to Roma built a bridge across the creek, a settlement was established to support them. They called it Dogwood Crossing.

Nine years later, the town changed its name to Miles to honour William Miles, a local man with an illustrious career as a pastoralist and, until his death in 1887, a Member of State Parliament. At the peak of his career he served as Minister for Railways, overseeing the construction of a new railway station in the town.

A highlight for William Miles must have been his journey to the 1876 International Exhibition in Philadelphia, USA where he enthusiastically organised the Queensland exhibit.

The river which flows just outside the town is still known as Dogwood Creek, but no one today would ever say they’re going to Dogwood Crossing! 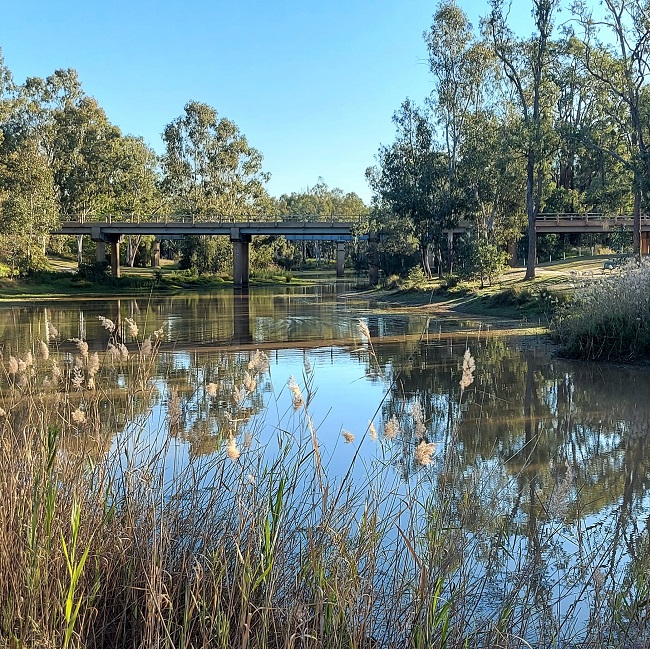