On 3rd May 1915 a Canadian soldier sat at the Essex Farm Advanced Dressing Station outside Ypres. He had just performed the funeral service of a dear friend killed in the second battle of Ypres and was so moved he penned three verses of a poem in his friend’s honour. The soldier was Lieutenant Colonel John Alexander McCrae and the poem “In Flanders Fields” has become one of the most famous and beloved commemorative poems in the world.

After the devastation of war on the battlefields of northern France and Belgium there was almost no vegetation left. The seeds of the hardy Papaver rhoeas or red field poppy, stirred up by the constant movement of battle, germinated and flourished, and the bright flowers grew around the trenches and graves. These resilient yet delicate poppies were the inspiration for John McCrae’s poem. 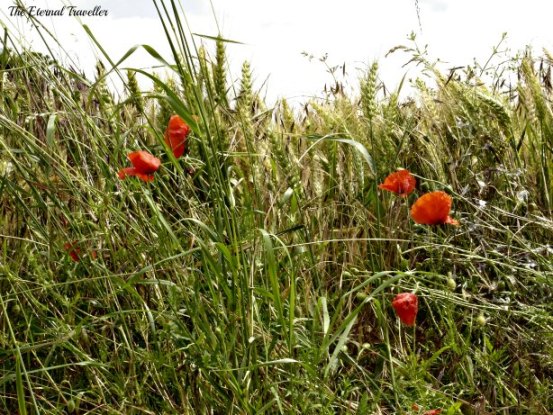 At the end of the war the poppy became a symbol of remembrance and silk poppies were traditionally worn on Armistice Day. Today wreaths of poppies are placed on the graves of the fallen and at memorials while single blossoms are placed beside names on Rolls of Honour.