The Moondyne Experience is one of the cave tours available at Caveworks, Margaret River.

Winter days in the south-west corner of Western Australia don’t always start with crisp mornings which warm to mild, sunny afternoons. They can also be very cold and very wet. When the wind is blowing a gale and the freezing rain is horizontal, outdoor activities aren’t really an option and going underground on a caving adventure is a great way to fill in the day.

In the Margaret River region more than 100 caves have formed in the limestone karst system of the Leeuwin Naturaliste Ridge. In geological terms the limestone is young; it’s only 1 million years old. There are four caves open to the public, and even though there are stalactites and stalagmites, helictites, shawls and flowstones in all of them, each cave is different and has its own story to tell.

Jewel Cave is the largest of the four show caves and whether you visit in summer when the outside temperatures are high or, like we do, in winter when it’s freezing outside, the temperature inside the cave is a constant 16 °.  The cave entrance is just outside the visitor centre. A concrete walkway leads to 500 steps which descend 42 metres to the floor of the cave.

The massive chamber is richly decorated with limestone formations, including one of the longest straw stalactites in the world. Our guide Crusty illuminates each different formation as he explains how they are created.

Neroli is our guide when we visit Lake Cave, the deepest of the show caves at 62 metres. This time the entrance is much more dramatic, at the bottom of a massive crater known as a doline. A narrow, twisting staircase winds down from the edge of the doline to the cave entrance.

The surface of the lake which gives the cave its name is absolutely still and the perfect reflections are magical. Water droplets sparkle in the artificial light and the glittering, white limestone formations resemble a fairy tale city.

At Mammoth Cave a tour guide isn’t necessary; an audio player directs visitors on a self-guided tour through this massive cave. Enter Mammoth Cave and you enter a vast, silent underworld of giant stalagmites and stalactites and colossal balancing boulders.

There’s no need to hurry here, although it’s easy to imagine how fast we would go if we met one of the megafauna which roamed this area more than 50 000 years ago. More than 10 000 fossils have been discovered in the cave and the jawbone of one enormous creature is still embedded in the wall of the cave.

For the ultimate caving experience we venture into the most fascinating of all the caves – Moondyne. We put on overalls, gloves and hardhats before climbing down a steep ladder into this pristine cave. 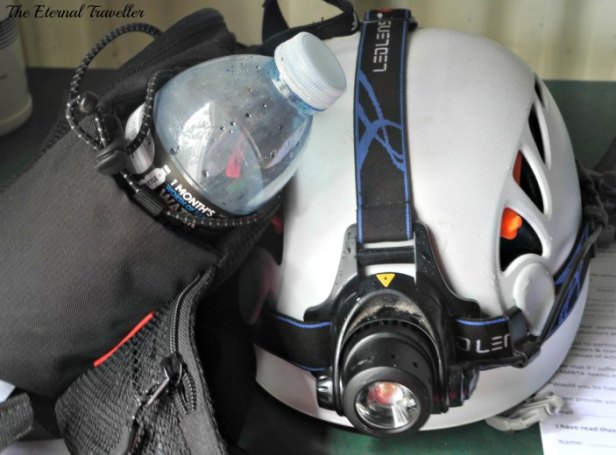 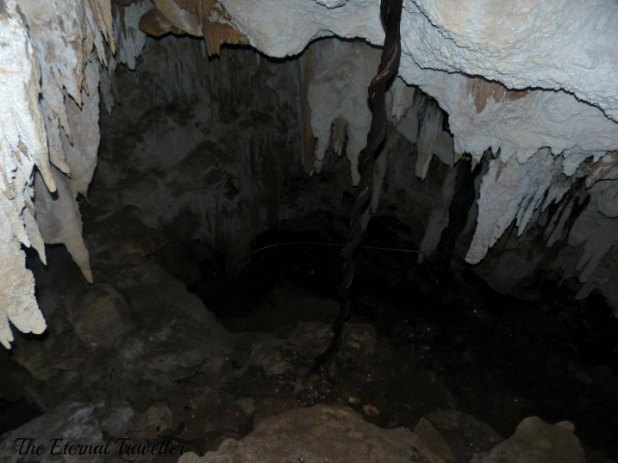 Our guide on this specialty tour is Matt and there are no paths, boardwalks or platforms in Moondyne Cave. We climb over rocks, slide on our bottoms and scramble on all fours through narrow tunnels with only the light from the torches on our helmets to show the way forward. 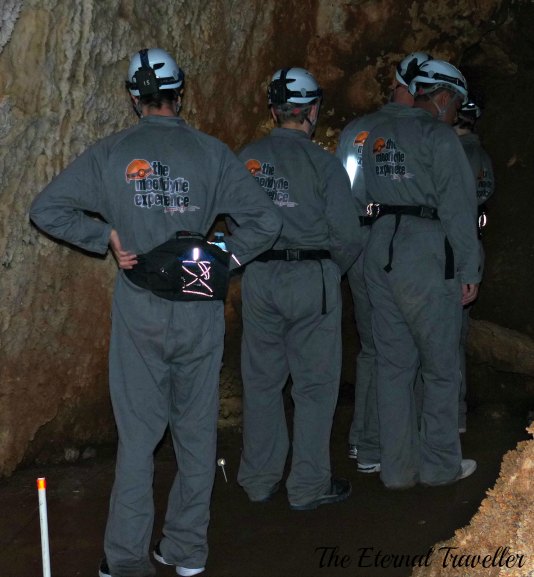 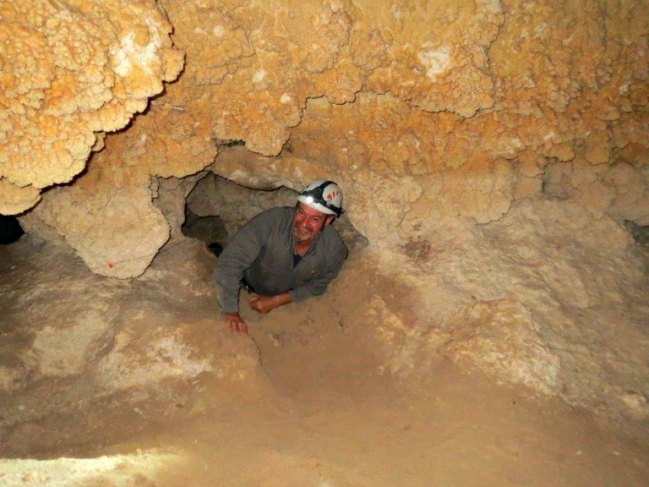 There’s evidence on the walls that we’re not the first visitors here. Graffiti is pencilled on the limestone, dated 20/8/99. 1899, that is!

At a depth of 28 metres, in the deepest part of the cave, we sit on a narrow ledge and turn off our torches.  The light from a single candle hardly stops the darkness from enveloping us and the absolute silence is almost overwhelming.

As he turns his torch back on, Matt says: “Every time I go down this cave, I see something new. It’s a privilege to work here.” Just like Matt, it’s been a privilege for us to explore each of these remarkable caves too. 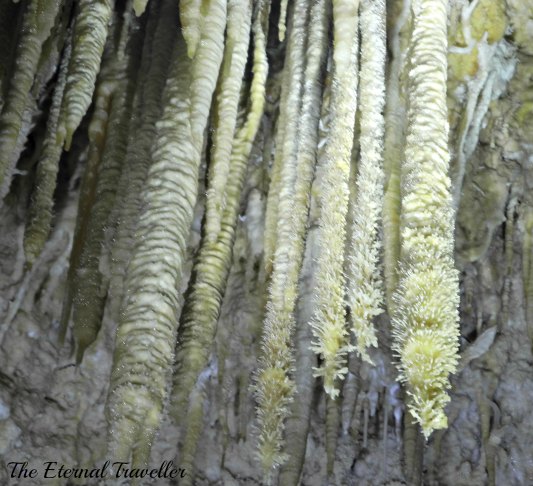