With a population of just 48, the outback town of Eulo might be small in numbers but it has plenty of personality. And you can easily explore all the sights on foot, from one end of town to the other.

On the corner where the Adventure Way enters town and becomes Leo Street, you’re greeted by a giant lizard who’s seen better days. It’s a relic of the famous Eulo Lizard Races, held annually for 30 years up to 2000. 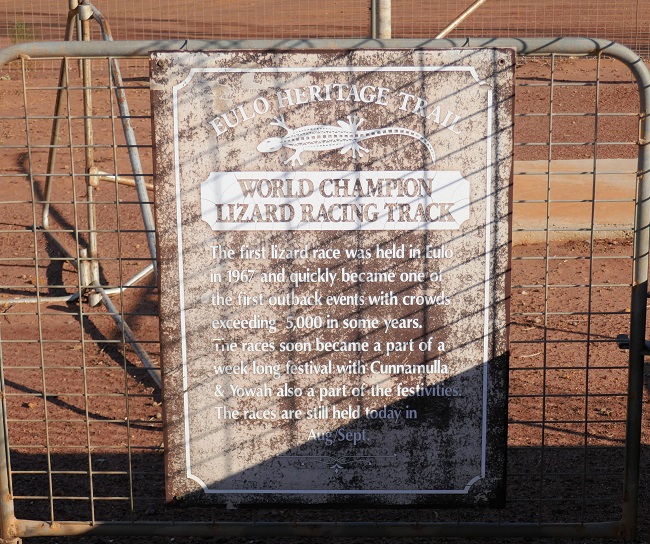 Nearby stands a memorial connected to the lizard races which, at first glance, appears quite ordinary. But the dedication to champion racing cockroach “Destructo” tells of his unfortunate demise at the peak of his career.

While lizards and cockroaches might reside in Eulo now, huge diprotodons, ancestors of today’s wombats and koalas, lived here during the Pleistocene Epoch up to 2.5 million years ago. The largest of Australia’s megafauna, the plant-eating diprotodon weighed as much as 2.8 tonnes. 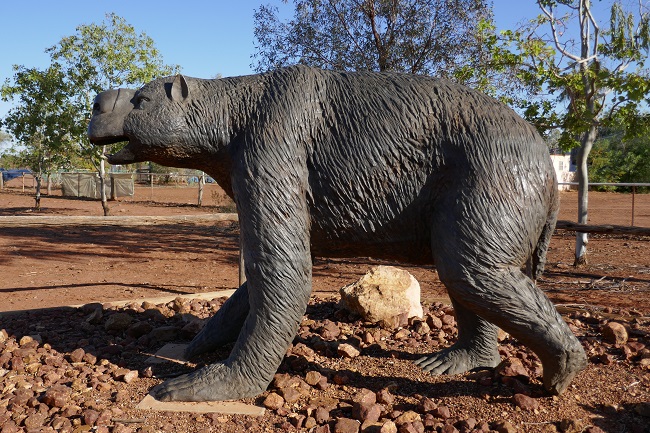 The historic Eulo Police Cells are a reminder of days not so long ago. Built in 1923 to replace the original jail cells, which were destroyed by termites, these tiny rooms would have been uncomfortable for those unlucky to be imprisoned in the heat of summer.

Opposite the old police cells on Leo Street is the Eulo Queen Hotel, named for Isabel Robinson who moved to the town with her second husband Richard Robinson in 1886. Together they owned a general store and a butcher’s shop as well as the local hotel, and Isabel added to her fortune by acquiring opals from local miners. Her reputation as the Eulo Queen was enhanced by her habit of “entertaining” the hotel’s patrons while her husband conveniently looked the other way. 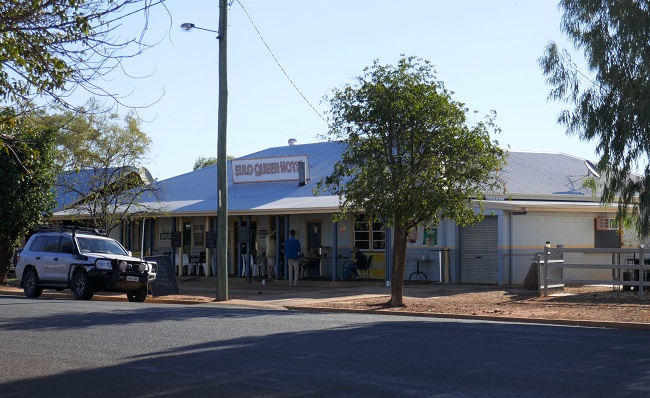 No such entertainment is available at the hotel today but enjoying a cool drink while seated on one of the hotel’s unique bar stools is a refreshing alternative.

Further along the street is an unusual structure you wouldn’t expect to find in the outback – an Anderson air raid shelter, built during the second World War to protect residents in case of attack by Japanese forces. The decision to build an air raid shelter was made by the government of the time, as Eulo was a crucial communication link between Darwin and Sydney. It was made long enough to fit up to 50 people, but luckily the need to protect the townspeople never eventuated.

The Japanese may never have attacked but there have been other times when Eulo’s residents have needed protection. When flooding rains come the Paroo River quickly breaks its banks, closing the highway and isolating those on either side. A modified truck has long been used to negotiate floodwaters, carrying both people and goods. Five years ago when the old flood truck was replaced with a modern version, it took up residence in a place of honour next to the store in recognition of its service to the community.

There’s no chance of the bridge over the river going underwater during the current prolonged drought. 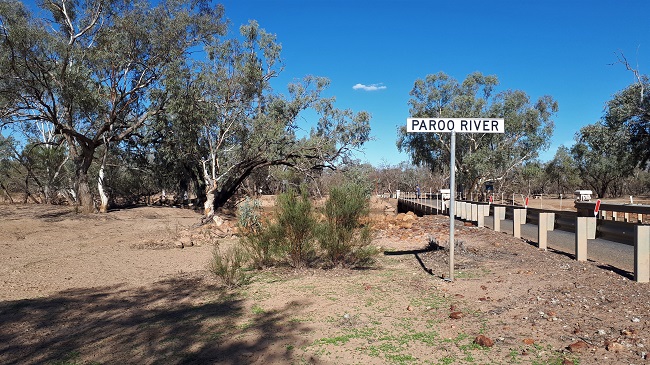 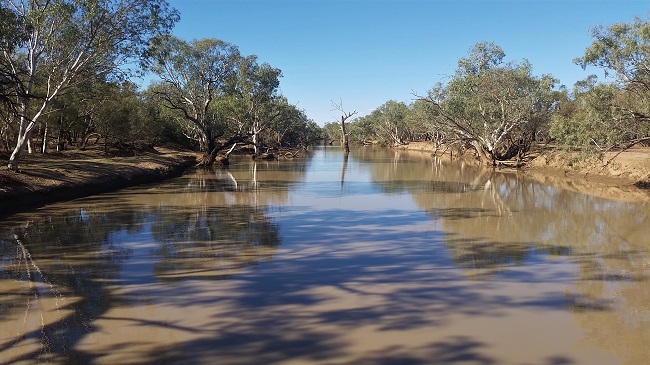 Past the bridge, Leo Street once again becomes the Adventure Way and heads further west – time to stop walking and get back in your car!