Darwin is the capital of the Northern Territory, in the part of Australia more fondly known as the Top End. It’s a laid back kind of place with a tropical climate and a relaxed lifestyle. We lived in Darwin for more than two years in the 1980s and it was still in rebuilding mode after being devastated by Cyclone Tracy in 1974. This was my first time back in the city and after 30 years I expected to see some changes.

In some ways, Darwin is very different. There are many new buildings, roadways and many more shops and businesses. In other ways it seemed as though very little had changed – the people still have the same easy going attitude to life and they are as friendly as ever.

The biggest change is the trees. In 1984, the landscape was dominated by new homes with new gardens. Now, there are trees – big trees – in every garden, on the footpaths and lining the highways. It’s green and lush, with tall palms, banana trees and spreading poincianas filling the skyline.

It’s definitely a change for the better. 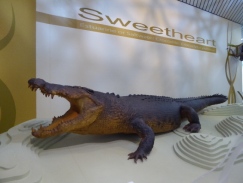 Sweetheart the crocodile, at the Museum. 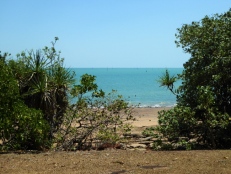 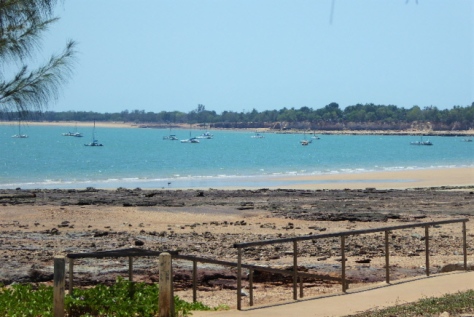 6 thoughts on “A Look Around Darwin”